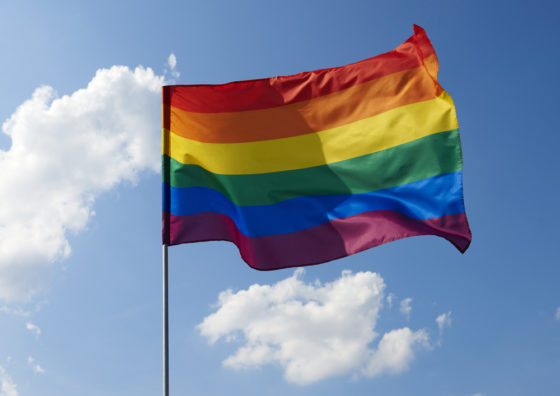 Close up of rainbow flag waving outside

An arson attack on a student flat in Amsterdam has led to a ban on rainbow flags in the corridors of the building.

Several flags in support of the lgbt community were set alight a month ago at the flat at the Krelis Louwenstraat, and again last week. Owner Duwo has since banned the display of flags in the public areas of the flat for reasons of fire safety.

‘No flags, of whatever kind, will be allowed, and even an A4 poster in the lift can’t stay because it is a moment’s work to put a lighter under it,’ a Duwo spokesperson told broadcaster NOS.

The decision angered COC Amsterdam chair Margriet Veeger who said ‘intimidation has won’, according to the Parool. Local VVD chief Claire Martens said Duwo should have taken more measures to keep the students safe. ‘Instead they limit people’s freedom. Banning flags is bowing for terrorism,’ she told the paper.

‘We are supportive of a campaign in the area to support the lgtb community but we are calling on the students to display the flag in their own windows. We are in a difficult situation: we support the campaign but we must guarantee safety too’, the Duwo spokesman said.

Dozens of people had to be evacuated when the arsonist struck a week ago, leaving the eighth floor of the building uninhabitable. No one was hurt in the incident.

Many students have said they no longer felt safe in the flat because of safety issues. However, Duwo said the fire brigade judges the building safe.

At the request of Amsterdam mayor Femke Halsema the fire brigade carried out another inspection at the flat which showed all fire prevention installations had worked well.

A meeting with the tenants will be organised at short notice at which the fire brigade will be present to give information.