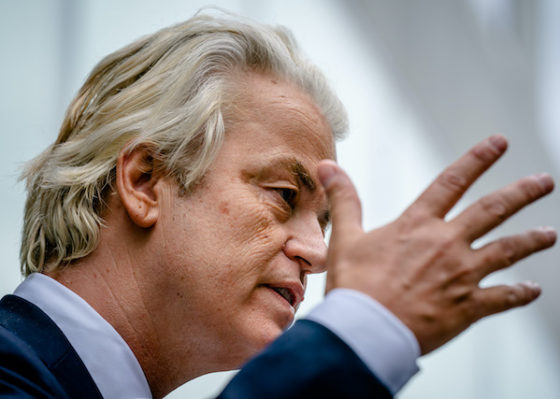 Wilders talks to the press after the verdict. Photo: Bart Maat ANP

The Dutch Supreme Court has upheld far right MP Geert Wilders’ conviction for group insult, after he led a crowd in anti-Moroccan chanting at the local elections in 2014.

Wilders was found guilty of group insult by the appeal court last September but cleared of inciting hatred and discrimination. He was not given a sentence by either court.

The Supreme Court ruled that Wilders had insulted a group of people with the same national roots, namely Moroccan nationals who live in the Netherlands. During the post election meeting with supporters in 2014, Wilders led the crowd in a chant of ‘fewer, fewer fewer’ after asking if they would prefer more or fewer Moroccans.

The Supreme Court said the form in which Wilders made his statements was ‘unnecessarily offensive and exceeds the limits of the law and the basic principles of the democratic constitutional state’ which should be observed by a politician.

‘This means that the right to freedom of expression does not preclude a conviction for group insult,’ the court said.

The crime of groepsbelediging, or group insult, means deliberately insulting of a group of people because of their race, religion or conviction.