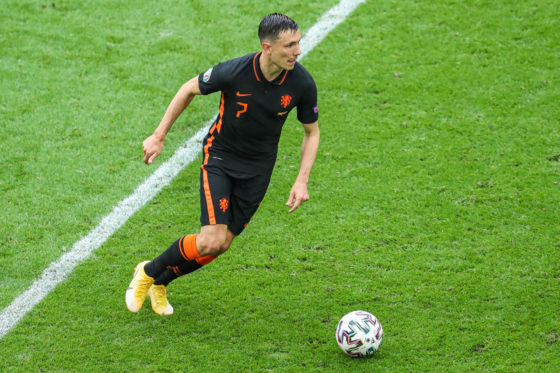 Feyenoord has condemned a section of its fans for posting threats to former club captain Steven Berghuis following his transfer to Ajax.

The Rotterdam club singled out a banner that was photographed and shared on social media suggesting Berghuis deserved the same fate as Peter R. de Vries, the journalist who was shot dead in Amsterdam two weeks ago.

‘Feyenoord explicitly distances itself from the deeply hurtful and threatening statements such as the appalling banner directed at Steven Berghuis circulating on social media, and calls for it to stop,’ the club said in a statement on Twitter.

Berghuis, 29, completed his move to Ajax last week for an initial €4 million after reviving his career during a five-year spell at Feyenoord, during which he scored 87 goals in 199 games.

‘In choosing a new club I was looking to develop as a footballer and combine playing for trophies, playing in the Champions League and staying in the picture for the national team,’ Berghuis said. ‘I think Ajax brings all those things together.’