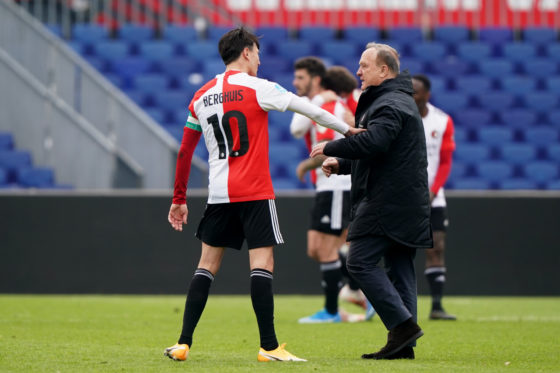 Ajax have completed the first big move of the close season, luring Feyenoord winger Steven Berghuis to Amsterdam for an initial €4 million.

The 29-year-old has become a fans’ favourite in Rotterdam since arriving from Watford in 2016, having previously played for Twente Enschede and AZ Alkmaar.

In his first season he helped Feyenoord win their first Eredivisie title for 18 years and went on to score 87 goals in 199 games for the club.

Berghuis was in the squad for the Netherlands’ Euro 2020 campaign, but only came on as a substitute against North Macedonia and the Czech Republic.

Ajax coach Erik ten Hag hinted at the move at Friday’s press conference when he said he was looking to recruit a new striker, but the deal was not confirmed on Monday after Berghuis left for his summer holiday, to prevent him being confronted by fans at Feyenoord’s training ground.

Berghuis’s transfer fee could rise to €5.5 million with bonuses, while his contract ties him to Ajax until 2025. He used a clause in his contract allowing him to leave for €4 million in the final year, but the Amsterdam club paid extra to avoid the deal going to arbitration.