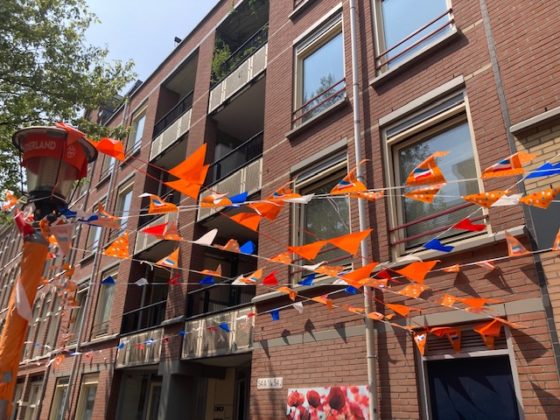 Supermarket group Jumbo is refusing to tone down its advertising around the European football championships, despite a request from the Dutch football association KNVB asking it to do so.

The Jumbo advert, featuring hundreds of orange-clad fans and oompah music which was adopted by the Dutch women’s team at the 2017 championships, gives the impression that the supermarket group is an official KNVB partner – but the role has been paid for by arch rival Albert Heijn.

According to the Telegraaf, the KNVB was prompted to complain about the advert to Jumbo, but the supermarket has declined to adapt the campaign, which features the Snollebollekes hit Links Rechts and a giveaway Oranje cape.

Jumbo says the campaign refers to the raft of international events taking place this summer, which includes European hockey, the Tour de France and the Formula 1 race in Zandvoort as well as Euro 2020 football, which starts on Friday.

The KNVB has confirmed writing to Jumbo but says is not planning any further action.