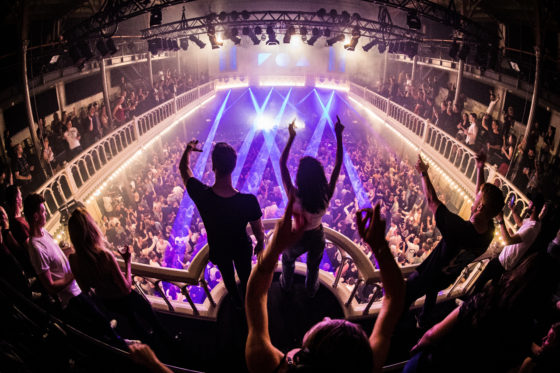 Hundreds of nightclubbers bypassed the ‘test for entry’ system designed to keep the coronavirus out of venues on the opening night, Dutch media reported on Monday.

Organisers of the Testen voor Toegang said they had been hacked at the weekend, causing the system to go down while people were waiting for test results that would allow them to go out when the nightclubs reopened at midnight on Saturday.

NH Nieuws reporter Maaike Polder said she had been given a negative test certificate as ‘compensation’ after the result of her test was delayed at the weekend.

‘I went to the testing location and complained. I had to register and then the system gave me a negative result without me taking a test … It’s a complete shambles, I’ll be interested to see the infection numbers two weeks from now.’

Another woman, given the cover name of Fleur by NH Nieuws, said she was given a negative test result when the outcome of her actual test was unavailable. ‘I didn’t have to take another test and got a negative result as compensation’, she said.

Nightspots were given the go-ahead to reopen as part of the latest stage of the relaxation of coronavirus rules, which has been brought forward as infections decline. In the last week just over 600 cases have been reported nationwide per day, compared to more than 3,000 four weeks ago.

As midnight approached on Saturday, long queues formed outside the Bitterzoet nightclub in Amsterdam as people waited for their test results to come through.

‘Lots of people have been unable to get their negative test certificate on time because of the hack and they’re frustrated,’ RTL journalist Jildou van Opzeeland reported. ‘They’re now doing rapid tests at the entrance. People who test negative can still get in.’

Some clubbers told PowNews that they had been able to cheat the system by sharing screenshots of QR codes for a negative test with their friends.

People going to the TT motorcycle race in Assen at the weekend said they had been allowed in with proof of their test appointment if their results were not available in time.

D66 MP and coronavirus spokesman Jan Paternotte said the stories from the weekend raised questions about the testing for access system. ‘We’ll be asking those questions too, because if you believe you’re going out corona free it’s your right [to expect] that others have been tested or vaccinated too,’ he said on Twitter.

Stichting Open Nederland, which runs the testing facilities, said on Friday that its systems had been delayed by what appeared to be an attempted hack.

Organiser Tom Middendorp said: ‘Thousands of people are looking forward to being able to go out for the evening for the first time in months and many of our testing facilities are fully booked. It’s very disappointing to see people trying to disrupt it from outside.’