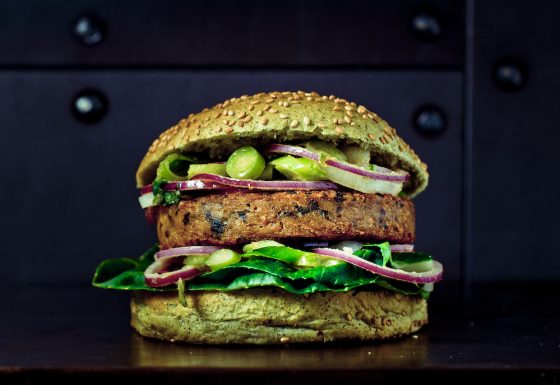 The Dutch Weed Burger Company has just been taken over. Photo: press handout

Eight in ten Dutch adults do not eat meat every day and 45% eat meat a maximum of four times a week, national statistics agency CBS said on Wednesday.

Around a third of adults say they reduced their meat consumption last year and 0.5% stopped eating it altogether, the CBS said.

It is the first time the CBS has measured meat consumption and over 3,600 people took part in the survey. The research took place between February and June last year, and coronavirus may have had an impact on the results, the CBS said.

In total, 95% of Dutch adults still eat meat, some 3% eat fish not meat, 2% are vegetarians and 0.4% avoid animal products altogether, the CBS found. Other research projects have suggested the percentage of vegetarians in the Netherlands is far higher.

Seven in 10 vegetarians say that animal welfare is the most important reason for avoiding meat while the environment was cited by almost 60%. Flexitarians, however, are more likely to cite personal reasons, such as health, as a reason for cutting back.

Meanwhile, a group of academics have written to cabinet negotiator Mariëtte Hamer recommending the next government make meat 1% to 3% more expensive, to depress demand.

The Dutch climate agreement includes a 40% reduction in meat consumption among its targets, and this can only be reached if it is more expensive, researchers from Wageningen, Groningen, Erasmus and Amsterdam’s VU university say.

‘Eating less meat has a major effect on the environment and health,’ the academics say in their recommendations. ‘Politicians can influence that. An increase of 20 cents for 100 grammes of chicken and slightly more for beef can be done.’

They say increasing the price of meat will lead to a 50% reduction in consumption by 2030 – equivalent to a drop from 45.3 kilos per year to 23.1 kilos. Part of the extra money generated by the price rise could also be used to subsidise farmers to take more measures to protect the environment and improve livestock welfare.

The Netherlands is also moving more towards meat replacement products – with the Dutch eating more than any other country in Europe, according to recent data published by market research bureau Nielsen.

In total, the researchers said, the sale of plant-based meat and dairy products rose 50% in the Netherlands over the past two years to €291m. Plant-based cheese sales rose by 400% during the period, although the market remains tiny.

US fake meat maker Beyond Meat opened a production plant in the Netherlands in 2019 and Britain’s Meatless Farm said earlier this week it is expanding its operations in Almere.

Dutch meatless burger maker The Dutch Weed Burger, which uses seaweed as a basic ingredient, has also just been taken over by plant-based food firm LiveKindly Collective for an undisclosed sum.