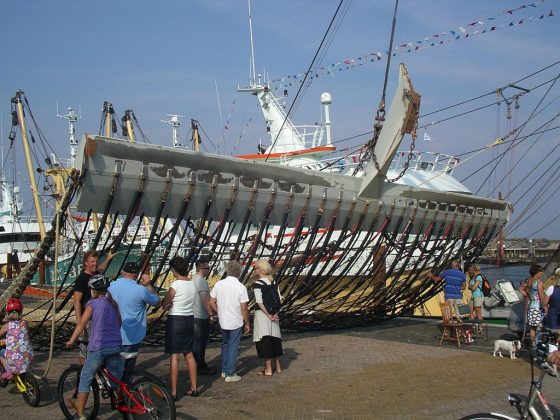 Civil servants at the Dutch agriculture and fisheries ministry juggled the figures in order to obtain as many EU permits as possible for the controversial pulse fishing method, ministry documents requested by broadcaster NOS under the freedom of information act have shown.

The ministry has released only part of the documents relating to the Dutch lobby for pulse fishing because they contain information which could lead to European sanctions, NOS was told.

Pulse fishing involves sending a current of electricity through sections of the sea bed, partially stunning sole and plaice and forcing some into the net. It was promoted by the Dutch as an environmentally friendly way of fishing because, unlike beam fishing, it does not involve dragging heavy nets over the seabed. It is also a more efficient way of catching fish.

NOS claims the documents show email exchanges between civil servants in which they state the methods [for obtaining the permits, DN] were illegal and ‘dubious’ but that the European Commission and the minister were to be kept in the dark about them.

Their efforts to mislead officials resulted in 84 permits, covering a quarter of the fishing fleet, instead of the 5% the commission was originally willing to give.

Civil servants were under heavy pressure from MPs and the fishing industry, which ‘has to be supported in every way possible’, NOS quoted one of the documents as saying.

However, some three years later, in 2019, pulse fishing was banned in Europe. France in particular protested against the method, supported by environmental organisations who claimed it is a cruel and unnecessary method of fishing and is depleting fish stocks.

Despite Dutch protests the ban was upheld in April this year and becomes effective as of July 1.

The agriculture ministry said it would shortly comment on the NOS findings.