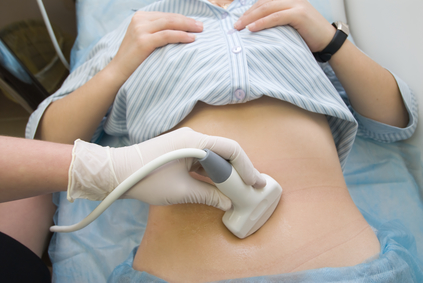 Pregnant women have a higher risk of ending up in intensive care with serious complications as a result of a coronavirus infection, research by the Netherlands Obstetric Surveillance System Nethoss has shown, but they are not prioritised for vaccination.

In total, 9,148 pregnant women had been diagnosed with Covid-19 up to the end of April this year.  Of them, more than 400 ended up in hospital, 36 were placed in intensive care and 33 were transferred to the obstetric high care unit, the organisation says.

This means that pregnant women are 2.5 times more likely to end up in intensive care than women who are not pregnant. ‘The results are not surprising,’ Nethoss chairwoman and Utrecht UMC professor Kitty Bloemenkamp told the AD. ‘We know that virus infections can have a greater negative effect on pregnant women. We see the same for flu.’

A number of women who had to be put on ventilators and who were more than 28 weeks pregnant were given a Caesarean section to ease the pressure of the child on the lungs.

This, said Bloemenkamp, is ‘a horrible thing to happen for the woman and her partner. She wakes up a week later without a baby in her body and an early birth may have consequences for the baby as well.’

The new figures probably do not reflect the true risk pregnant women are running, Bloemenkamp told the paper, as women had been ‘extremely careful during the first wave’.

Up until a week ago, healthy pregnant women were advised not to get vaccinated because none of the vaccines had been tested to find out the likely impact. That advice has now been revised, based on data from the United States where over 90,000 pregnant women were vaccinated with Pfizer and Moderna without serious side effects.

However, most pregnant women in their 20s and 30s are only scheduled for vaccination from the end of June. Bloemenkamp said pregnant women should get priority, as is happening in other countries.

‘Our figures show they are a high risk group so let them go first. We are dealing with two people instead of one, after all,’ she said.

Midwives association KNOV told the paper that they have been calling on the health ministry to ‘routinely’ vaccinate healthy pregnant women and prioritise pregnant women over 35, pregnant women with a migration background and those with a weak immune system.

‘But we don’t decide who goes first, that is up to the minister,’ a spokeswoman for the association said.

Not all pregnant women are known to their family doctor, a spokesman for the health ministry told the paper. ‘’That makes it difficult to call them in to get vaccinated.’