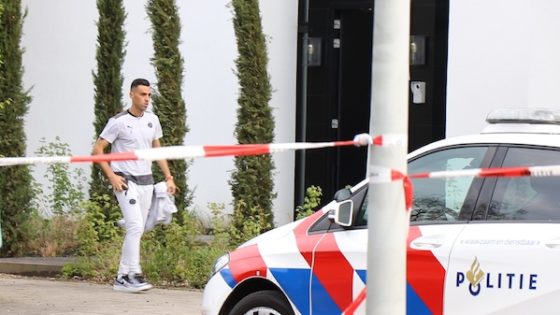 Police have released descriptions of the two men who attacked the family of PSV striker Eran Zahavi in Amstelveen over the weekend and are calling for witnesses to come forward.

Zahavi received a telephone call from police telling him of the attack when he was on his way to Sunday’s Eredivisie game against Willem II.

The attackers, who were armed and pretended to be postal workers, tied up the player’s wife and children, taped their mouths shut and left, having taken money and objects from the house. The family were left unharmed but traumatised, police said.

The attack may have been more than an armed robbery and could have been racially motivated, the Parool suggested, something that seems to be confirmed by an Instagram message from Zahavi. The family are Israeli Jews and Zahavi’s wife’s hair, was reportedly cut off by one of the men.

‘What we have been through is more than just a burglary and theft,’ he said.

His wife also went on social media to say that what had happened was ‘shocking’. ‘We have been attacked in the one place in the world where we should be safe: our home. We will have to work hard on our mental health to overcome this,’ she said.

The VVD in Amsterdam has asked police to follow up the possible antisemitic motives for the attack, calling it a ‘disgusting and cowardly act’.