The plans follow years of complaints about extreme nuisance by local residents in the city centre, as well as signs of exploitation and forced work within the sex industry in Amsterdam. 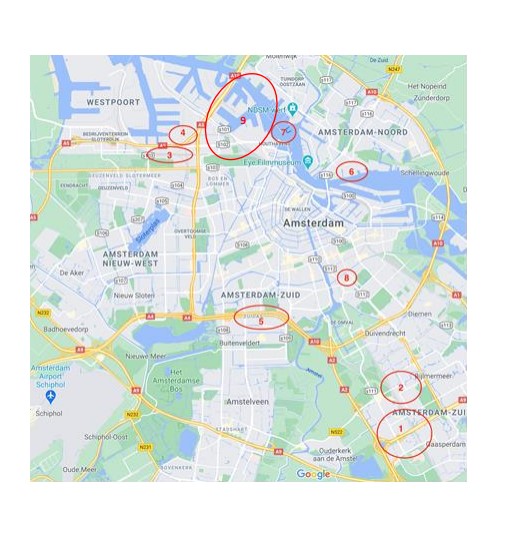 Although the council backs the plan, the issue is divisive. Olav Ulrich, chair of a foundation that aims to preserve the area, d’Oude Binnenstad wrote a letter to local paper the Parool earlier this year urging the mayor to speed up the plans, saying that the look-but-don’t-buy tourism was even chasing away sex worker clients. ‘Through years of global marketing, the red light district has achieved its own downfall…as…Disneyland for adults,’ he wrote. ‘For sex workers who want to stay in the “business”, an erotic centre is an excellent, safe alternative. Pricking the big red balloon at last will only be good for De Wallen and for the city.’

Many in the sex work sector, however, have fiercely opposed closing down operations in De Wallen, the ancient area named after the old city walls. The Prostitution Information Centre (PIC), based there and campaigning for sex worker rights, tweeted: ‘Only 100 work spaces? They have closed more than that in De Wallen already. Leave De Wallen in peace, but also give us the option of this kind of centre, because more work spaces are needed in the Netherlands, not fewer.’

The market positioning document will go to consultation with potential commercial partners in the months ahead and will be published in July or August. A shortlist of potential locations for the centre includes the Amstel, an unknown location ‘on the water’ and the newly developed Haven-Stad in the West port area of the city.

Successive Amsterdam mayors have tried to solve issues around rampant tourism in the red light district without success, however.

A previous project under former mayor Job Cohen to buy up windows cost millions of euros, while an experiment started under late mayor Eberhard van der Laan to encourage prostitutes to run their own brothel, My Red Light, closed for good earlier this year.

But Dennis Boutkan, tourism spokesman for Amsterdam’s PvdA labour party, said that he was delighted with the new plans. ‘Amsterdam is going to take the next step to change workplaces for sex workers and I’m very curious how the market is going to react,’ he told DutchNews.nl. ‘This is much needed: we need to change the city centre into a more balanced area, with greater liveability,’