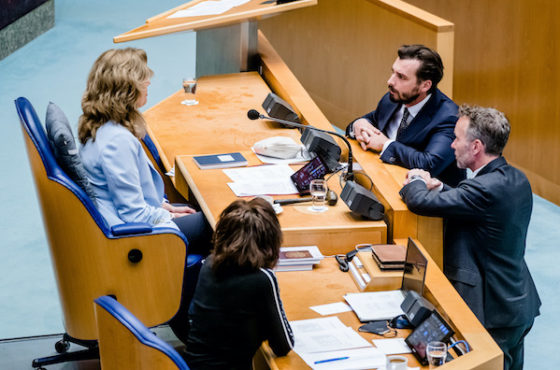 Eight weeks after the general election, talks on forming a new coalition government can begin in earnest, after a majority of MPs supported the appointment of SER chairwoman Mariëtte Hamer to lead the negotiations.

Her role is to assess which parties see eye to eye on which themes and to put together a tentative coalition of politicians to write a draft agreement. Hamer will report back on her progress to MPs by June 6.

The decision by MPs to press ahead with Hamer, a Labour party member who was put forward by the VVD and D66, does not mean that there will be a new coalition in the short term.

Nor does it mean that Mark Rutte will lead the next government. However, commentators say, he can now muster enough support in parliament after admitting he had made mistakes and that he wants to work together with MPs, ministers and society at large to change the political culture in The Hague.

During the debate, Christian Democrat leader Wopke Hoekstra spoke about the need for politicians to tackle problems and presented a motion calling for a new social contract with voters.

That idea is based on suggestions by Pieter Omtzigt, the popular CDA MP who has been highly critical of government and who was at the centre of the storm over Rutte’s position.

Rutte himself told MPs he supports the idea of a ‘thin coalition agreement’ with plenty of room for discussion and debate.

The debate was suspended for a time after parliamentary chairwoman Vera Bergkamp summoned far right MP Thierry Baudet to ask him questions about his health. Rumours had been circulating that Baudet had been home sick with coronavirus.

Baudet told reporters later that he had spent a couple of days in bed with ‘coronaflu or another flu’ but had not been tested.