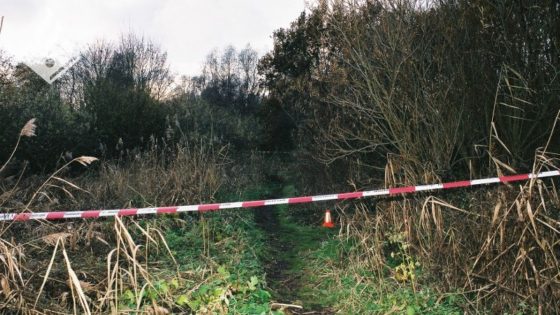 A police photo of the crime scene in 2003

A 60-year-old American man has been extradited to the Netherlands in connection with the murder of a prostitute in Amsterdam’s Bijlmerpark 17 years ago.

The man was sent back to the Netherlands last week and was remanded in custody on Friday.

Yvette Looijs was killed in November 2003 and her body dumped in the park in the south east of the city. Looijs, who was 42, was a drug addict and lived a ‘transient’ life in the district of Zuidoost, where she also traded sex for money, police say.

The suspect, known as Matthew and from New York, is thought to have been her last client and is said to have told other people that he had beaten her up and left her in the park. One witness at the time said Matthew had a ‘lot of money in his pockets’.

Efforts by a television crime show a year later failed to locate him.

In 2017, detectives working on another cold case came across ‘new information’ which led to the suspect. He returned to the US after living in the Netherlands for a few years.

Police say in a statement they are pleased the man has been extradited but that many questions still remain about what happened in the park. ‘We would ask everyone to have a good think and see if they know any more about the case,’ the statement said. ‘All information is welcome, even after 17 years.’