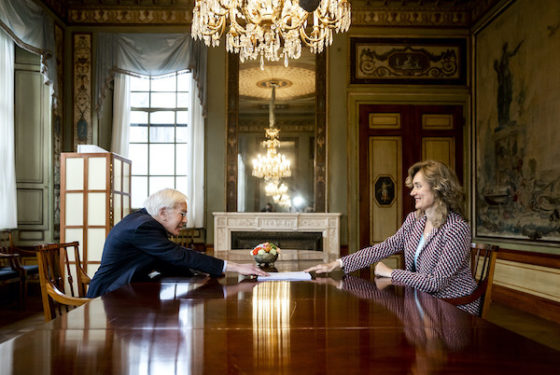 Party leaders and MPs can press ahead with forming a new cabinet but should recognise that working on a way out of the coronavirus crisis must have priority, the man charged with assessing the prospects for forming a new coalition government said on Friday.

Herman Tjeenk Willink said he had a ‘sense of unease’ at the lack of trust between the various parties in parliament. However, he said, in his talks with party leaders they had shown themselves to be ‘sufficiently willing’ to change the current culture in The Hague, in which the process of ‘administration’ had come to have the upper hand.

Tjeenk Willink had been asked to find out if there are sufficient grounds to start talks on building a new coalition, following growing mistrust between the parties in the wake of the childcare benefit tax office scandal and a string of damaging leaks and revelations.

Despite these issues, he said willingness to tackle the problems and to work restore trust between parliament and citizens has increased in recent weeks.

The priority now is to start working on the transition out of the coronavirus crisis, he said, and this is something the current caretaker government is technically unable to do.

A new coalition agreement, he said, must focus on a few main issues and this means that choices will have to be made. Apart from economic recovery, inequality in education, problems in the labour market and climate change were mentioned by party leaders as primary issues for the next government.

MPs will now go on to elect a new ‘informateur’ who will look into potential coalitions. At least four parties will be needed to form a new government with a majority in the lower house of parliament. Most of the main parties but not those on the far right, have not ruled out joining a coalition led by Mark Rutte.