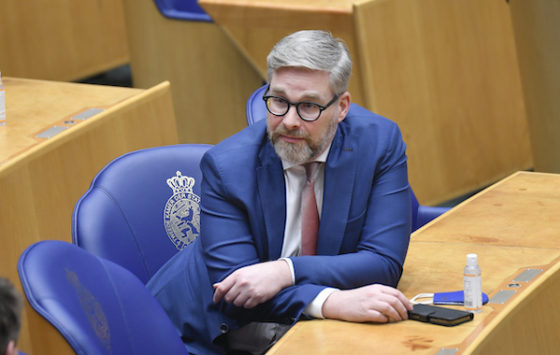 D66 MP Sidney Smeets has resigned from parliament after he was accused of sexually inappropriate behaviour by several young men.

The party had launched an internal investigation after the allegations surfaced online and on shock blog GeenStijl. Smeets, now 45, is said to have approached the young men on Twitter, Facebook and gay dating app Grindr. In some cases, the young men say they were under 18 at the time.

Smeets, one of D66’s new intake and a lawyer by profession, said he was resigning to prevent damage to the reputation of parliament and his party.

D66 leader Sigrid Kaag said that the decision to quit had been taken by Smeets himself. However, she said, his resignation was ‘unavoidable’.