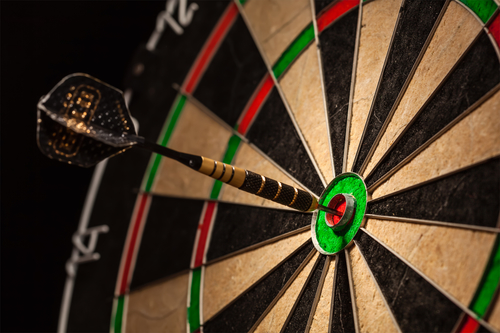 Match fixers are setting their sights on Dutch darts players, an investigation by broadcaster NOS has shown.

Darts players have to report attempts to involve them in match fixing – deliberately playing badly or losing a match – to the international darts authority DRA. Last year six out of the ten reports received by the authority came from Dutch players, NOS said.

However, the DRA thinks many more players are being approached. The Dutch public prosecution office has said it is aware of the situation and will be starting an investigation of its own.

Betting on the outcome of dart games is becoming more popular, with an average game netting some hundreds of thousands of euros in bets. Players are usually approached via messaging services like Telegram. In one case the broadcaster managed to identify the messenger, a man who claimed his attempts at bribing players had met with little success.

Another message was found to come from Dutch match fixing groups on Telegram who were selling on matches they claimed were fixed but weren’t.

Two players were suspended by the DRA because of match fixing last year, including Dutch darts talent Wessel Nijman (20).

Professional darts player Niels Zonneveld, one of several players NOS spoke to, said he had been approached by a match fixer who wanted him to lose a game for money.

Zonneveld was playing from home in an online tournament and, because tournaments were scarce because of Covid restrictions, international gambling organisations from all over the world were offering the games to bet on.

‘It’s a virtual game so who’s going to know. It’s a win-win situation for both of us. I have approached other players as well,’ read the message Zonneveld received.

DRA chairman Nigel Mawer said the reason for the popularity of Dutch darts players among match fixers could be to do with the fact that online gambling will only become legal in the Netherlands later this year. But it may also be that Dutch darts players are more willing to report attempts at bribery, he said.

Mawer said all his organisation can do is to suspend players. ‘We can’t get to the fixers and police don’t seem to be too interested,’ he said.

Zonneveld said he is happy the public prosecution is taking action. ‘If these people can do this with impunity it will continue. They’ll think well, maybe he’ll bite, it’s worth a try.’