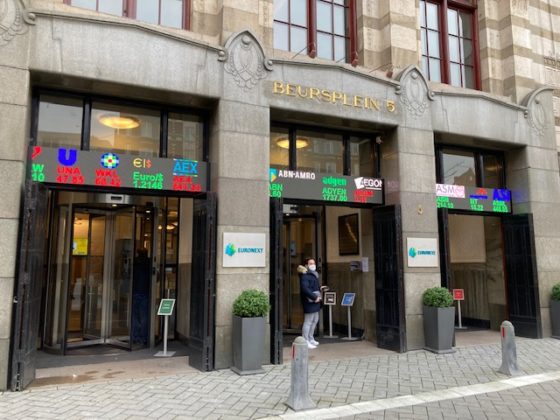 The biggest 66 companies listed on the Euronext Amsterdam stock exchange cut their overall investments and dividends to shareholders last year, and are shedding a combined 30,000 jobs, the Financieele Dagblad said on Tuesday.

FD researchers looked at the 2020 performance of the biggest listed firms and found, nevertheless, that most had performed well, with a few notable exceptions such as Shell, AirFrance-KLM and Arcelor Mittal.

Despite the planned job losses, most companies ended 2020 with the same size workforce as in 2019, the FD said. At the same time, it is clear that a large number of jobs will go, although not all in the Netherlands.

Nine companies have announced major redundancy drives, accounting for 30,000 jobs or 8% of their combined workforces. A further 12 companies say they plan to ‘reduce overheads’ or ‘streamline’ their workforces, which also means jobs will go, the paper said.

In addition to the redundancies announced by Heineken and KLM, the figures show that chip industry supplier Aalberts shed 1,300 jobs over the year, while Akzo Nobel’s workforce is down 1,600.

‘We did not opt for forced redundancies, but we did not continue annual contracts or fill temporary vacancies,’ a spokesman told the paper.

The research also showed that with the exception of Air France-KLM and Randstad, the listed companies had made very few claims for government support in paying wages.

‘If a company is simply treading water, as is often the case with smaller firms, then you need the support,’ said corporate finance professor Arnoud Boot. ‘But companies in the blue chip AEX index were not idle.’