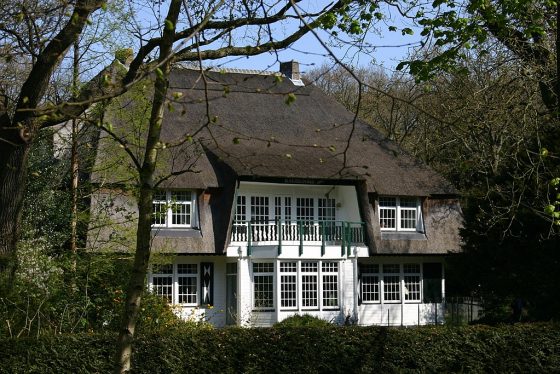 House price rises mean that ever more home owners are having to pay the ‘villa tax’ for homes estimated at more than €1,110,000, according to home owners’ association Verenging Eigen Huis.

The value of Dutch homeowners’ property is guessed each year by local councils, based on actual sale prices for surrounding homes. Those that are given a ‘WOZ’ council value of more than €1.11 million see part of their income tax rise dramatically.

In the complex Dutch tax system, there is a ‘notional rent’ that is considered an extra income source – the eigenwoningsforfait. This is considered to be 0.5% of a house worth from €75,000 to the ‘villa tax’ limit. Houses considered by the local council to be worth more add this notional income of €5.550 plus 2.35% of the house value’s above €1,110,000 to the owners’ tax bill.

The VEH association has written to the finance and home affairs ministers to recalibrate how these homes are taxed, in terms of house price increases in the past five years.

Since 2015, it says, four times as many houses have to pay the extra tax, making 60,000 in total now. It believes that even if people have no intention of selling, house price rises will mean that ‘many more’ homes will fall under the ‘villa tax’ in the years ahead.

Average WOZ valuations have risen by 36% since 2015, it argues, while the threshold for this increased tax has only risen by 7%, putting ever more pressure on home owners. Meanwhile, a tax break for homeowners on interest paid on their mortgages is being steadily reduced.

Karsten Klein, head of advocacy at Vereniging Eigen Huis said in a press release: ‘For a long time this has not been about detached villas but ever more corner homes and semis. It now covers normal terraces in Amsterdam and other central districts that were built as affordable, post-war homes.

‘If this carries on, every year more homeowners will have to pay the “villa tax”…For people with normal salaries and elderly people with pensions, who have often lived in their homes for decades, this will have a severe impact on affordability.’

According to the most recent figures from national statistics agency CBS and the Kadaster land registry, national house prices showed their biggest rise in two years in January, increasing in value by an average 9.3%. It is possible to check the WOZ value of homes online and protest.