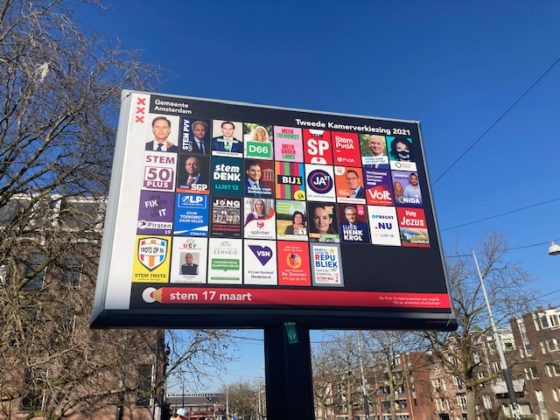 The two are virtually neck and neck in the tally of personal votes, with around 40 of the 352 municipalities still to declare. Van Haga’s support is strongest in Friesland, Noord-Holland and Limburg.

Under the Dutch proportional representation system, votes are counted first by party and then by votes for each individual candidate. Voters can put their red pencil mark against any of the candidates standing for election.

Forum won eight seats in last week’s election, six more than in 2017 and far more than pollsters were predicting. JA21, the group of former FVD members who broke away during the anti-Semitism row that engulfed the party last November, took three seats.

Usually the lead candidate takes by far the largest share of a party’s vote, but there have been exceptions. In 2006 Rita Verdonk polled more votes than Mark Rutte on the VVD’s list, having narrowly lost the leadership contest a few months earlier.

Verdonk was expelled from the party less than a year afterwards and founded her own faction, Trots op Nederland.

Van Haga is another exile from the VVD, having been kicked out in 2019 for continuing to run his property business, Sjopperdepop, while serving as an MP despite an undertaking with the party not to do so.

Sjopperdepop was censured for breaching Amsterdam city council’s rules banning renting homes to more than two unrelated adults, while the last straw for the VVD came when Van Haga was found to have been ‘aggressively’ contacting tenants who complained about unauthorised building work in Haarlem.