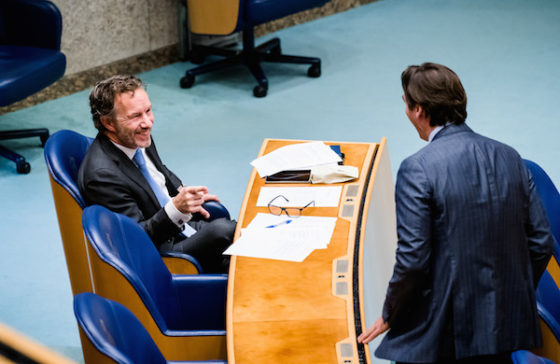 A former VVD parliamentarian who was thrown out of the party last October but kept his seat in parliament has joined the far right Forum voor Democratie.

‘It is a great party and they are all decent people,’ Wybren van Haga told current affairs programme EenVandaag. ‘[Leader] Thierry Baudet and I have been working together in parliament for some time.’

Van Haga was banished from VVD last September when it emerged that he had broken an undertaking with his party to put his property business at arm’s length.

The party first held an inquiry in 2018 following revelations that his company, Sjopperdepop, had breached Amsterdam’s tough rules on renting homes to more than two adults who are not related.

Van Haga was allowed to remain a VVD MP on that occasion, on condition that he was no longer involved in the day-to-day running of the company.

However, last September he was accused of ‘aggressively’ contacting tenants who had complained about unauthorised building work being carried out in Haarlem and was put out of the party. He had also been caught drunk driving.

At the time Van Haga was thrown out of the VVD but decided to remain in parliament, Baudet described him as a ‘seat stealer’.

FvD has two seats in parliament.