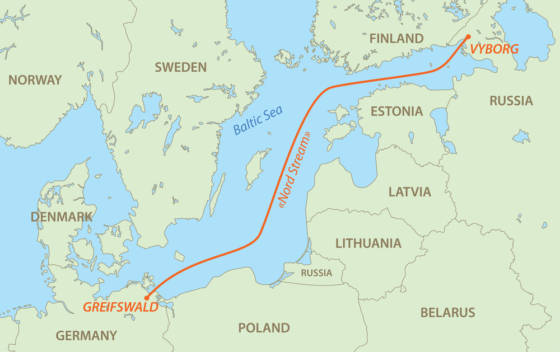 The Netherlands kept talking to Russia about gas in secret, even though diplomatic and trade relations were frozen because of the downing of flight MH17, investigative website Follow The Money said on Tuesday.

To the outside world, contacts were cut, but behind the scenes the ties were re-established and parliament was not informed, FTM said.

‘After several years of diplomatic standstill, the business community revived contacts between the Netherlands and Russia in 2017 through their joint ‘energy working party,’ FTM said.

The working party, which includes ministers from both countries, was established in the early 1990s and meets every 18 to 24 months to discuss current economic issues.

After the disaster year of 2014 – in which a Russian missile brought down MH17 and Russian troops invaded Ukraine – the business community maintained relations between the Netherlands and Russia by organising ​congresses and mutual visits, FTM said.

Parliament was not informed that ties had been revived, and when foreign minister Stef Blok answered questions in late December 2019 about bilateral contacts with Russia, he made no mention of this official group, even though it was scheduled to meet in Moscow a few weeks later.

It is, FTM says, no coincidence that the companies that re-established these ties, including the Russian gas giant Gazprom and the Anglo-Dutch multinational Shell, are also participating in the controversial Nord Stream 2 project.

These pipelines will transport surplus gas from Russia to Germany (and from there to the Netherlands and other countries). Countries in central and eastern Europe fear that by building the pipelines, Russia will largely bypass the gas network in Ukraine and eastern Europe, making those countries more vulnerable to Russian whims and less important as suppliers to the western part of the continent.

Meanwhile, FTM says, countries like Germany and the Netherlands see the project as a great opportunity to secure their energy supply, and argue that it is ‘purely a business deal’.

The Dutch government, FTM says, is siding with Russia. Evidence of this comes from the decision by the Dutch government to oppose a proposal which would have given the green light to the European Commission to negotiate projects involving energy pipelines from outside the EU, instead of leaving these negotiations to the member states. If accepted, the proposal would have meant the end of Nord Stream 2.

Read the full report, in English