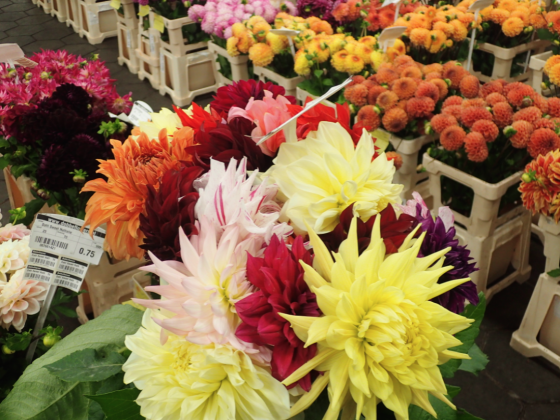 A new report has revealed that criminality is flourishing around the flower trade due to its global network and relatively lax controls.

The investigation, conducted for a collective of groups including four local councils, the police, public prosecutors and Royal FloraHolland growers’ cooperative, says the entire sector is vulnerable to drug trafficking, money laundering and the exploitation of workers.

Bouke Arends, mayor of Westland district, says that more public money is needed urgently to toughen up controls and checks to meet the standards of other transport hubs such as Schiphol airport and Rotterdam harbour.

‘We are dealing with logistics systems that are far from watertight and so can easily be abused by criminals,’ he said in a press release. ‘Because of the lack of checks, we don’t even know how big the problem is…To tackle crime in the floricultural sector, it is essential that there is more recognition of the problem and systematic financial support.’

In 2020, for instance, a record drug bust of 5000 kilos of cocaine from Costa Rica was smuggled in a container that should have carried flowers. Last summer, 400 kilos of cocaine and speed were found in hidden compartments under 35 carts of flowers.

The report points out that the sector is worth €6.2 billion in annual exports of around 12 billion flowers and plants taken to every corner of Europe. ‘It is appealing for criminals to abuse the floriculture sector’s international position and transports of flowers,’ it says.

It examines how the flower transport industry is used to distribute hauls of drugs brought through the Netherlands via its ports and airports, both via active criminality in ‘less than 20%’ of businesses but also by a lack of controls meaning drivers may be recruited or may not even know drugs are being smuggled in their vehicles.

The report also examines other kinds of fraud and exploitation known to exist in the industry, such as money laundering.

Steven van Schilfgaarde, chief executive of Royal FloraHolland, said the collective is determined to root out these problems. ‘There is no place in our floriculture sector for criminality,’ he said in a press release.

‘We have done a number of things already to improve internal security and safety, such as sharpening up client screening, data security, policy at locations and purchasing policy to combat the exploitation of workers. We have also launched a new payment system to combat money laundering and put in place measures prior to entering the auction site.’