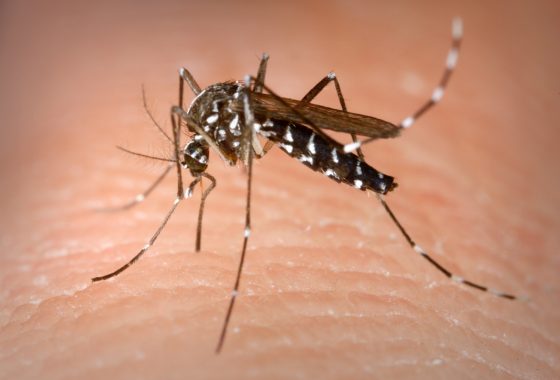 Researchers at Wageningen University are asking people who spot a mosquito and can get to a newspaper quick enough to squash it to send them the remains for research purposes.

Scientists at the university want to know if the recent cold spell had an effect on the mosquito population in general and to gain an understanding into the spread of the West Nile virus which turned up in the Netherlands last year.

Earlier research has shown that the common mosquito, Culex pipiens molestus, remains active during the winter months surviving in crawl spaces and cellars and the researchers want to know if that has been the case this year.

In October last year seven people in Utrecht and Arnhem were found to be infected with the West Nile virus. The infection causes mild flu-like symptoms in 20% of people while 1% may go on to develop a serious condition such as encephalitis. A small part of those who do may die.

The virus, which is more prevalent in southern Europe, is transferred by mosquitos which have bitten infected birds.

‘It’s not something to be frightened of particularly but we want to be on the alert, WUR biologist Arnold van Vliet told local paper the Gelderlander.

By examining the DNA of the dead mosquitos researchers and determining where they are, scientists can gain an insight into the risk of catching the virus.

‘The likely scenario is that we’ll see more infections because we have a real garden culture here, with lots of small containers and uncovered rain barrels which provide a perfect breeding environment for mosquitos. We also have lots of birds. The chance people will catch the virus here is small but we have to be prepared. The best way to avoid being bitten by any mosquito is to use an insect repellent and a mosquito net,’ Van Vliet said.

Mosquitos in all stages of flatness are welcome, the university has said. Instructions on how to help the researchers can be found on the university’s dedicated web page.