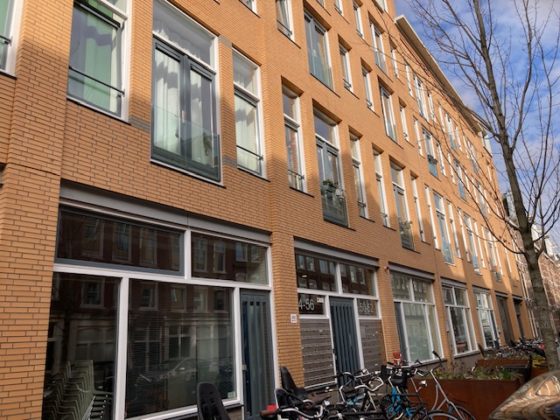 The Amsterdam building where Drach was said to have been living. Photo: DutchNews.nl

Dutch police have arrested a 60-year-old German national wanted for his role in a string of violent armed robberies, at a private home in a quiet residential street in the west of Amsterdam.

Judges will decide on Wednesday if Thomas Drach, who earlier served 14 years in jail for kidnapping German industrialist Jan Philipp Reemtsma, should be extradited to Germany to face charges.

Drach is currently wanted in Germany for three ‘spectacular robberies’ in 2018 and 2019, including money transports at Ikea stores in Cologne and Frankfurt. In each case the perpetrators ambushed the money transport van, escaped with a stolen car and then set it on fire nearby. After that, they continued their escape in other cars.

The suspects used cars which had been stolen in the Netherlands, leading investigators to believe there was a Dutch link. An international warrant had been issued for his arrest.

German journalists told DutchNews.nl that Drach is considered a very dangerous man and that he had disappeared from public view after his release from jail in 2013. ‘He is long suspected of having lived in the Netherlands,’ one said.

Police arrested Drach after smashing in the door to the flat where he was staying at around 5am. Locals report hearing a very loud bang which woke them up. Others report having seen police cars outside the property.