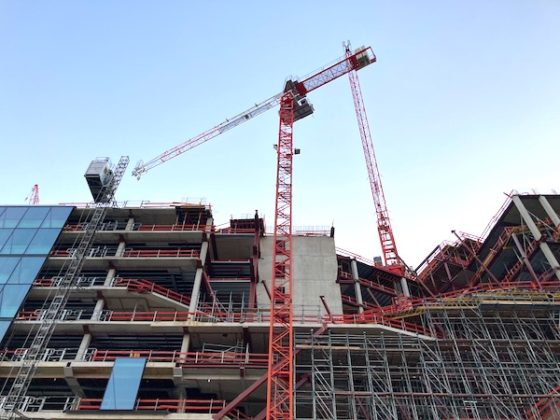 Developers, construction companies, lobby groups, housing corporations and tenants associations have formed a massive alliance to tackle the housing shortage in the Netherlands.

In total, 34 organisations have joined forces and say that one million new homes need to be built in the the Netherlands in the next 10 years to meet demand.  At the same time, they say, measures are needed to improve neighbourhoods and make the Netherlands’ housing stock more energy efficient.

The organisations hope their plans will form the backbone of the next government’s strategy on housing. ‘Far too many people in the Netherlands are waiting for a home,’ said Martin van Rijn, chairman of housing corporation lobby group Aedes.

‘We are worried about neglected neighbourhoods and people who sometimes need different help than is being offered to them,’ he said. ‘The situation is urgent, and that is why we have all looked at what we can do in the coming 10 years.’

Current government strategy involves realising 75,000 new homes a year though new build and converting other buildings. However, developers have complained for years about the restrictions on size and price imposed on them by local councils, as well as the high cost of building land.

Much of the new alliance’s strategy involves building new housing developments on greenfield land, rather than focusing on small, inner city locations.

‘Large locations in green areas mean we can build on an industrial scale and at speed,’ Maxime Verhagen, head of the construction sector’s lobby group Bouwend Nederland, told the Telegraaf.

‘That will limit all the lists of extra demands made by local authorities,’ he said. ‘Otherwise construction will never really get going.’

The Dutch local authorities association VNG is also a signatory to the plans.