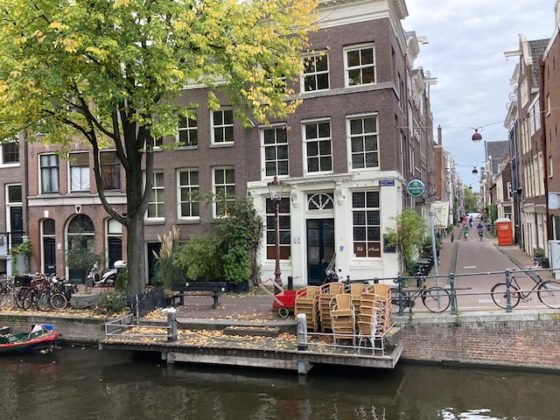 Prime minister Mark Rutte is due to outline the latest steps in the battle to control coronavirus at a press conference on Tuesday, and pressure is mounting on him to send out a positive message.

Both health minister Hugo de Jonge and justice minister Ferd Grapperhaus said on Monday that ‘the room to manoeuvre is limited’ but said they ‘understood’ people are looking for change. Now the vaccination programme is picking up speed, and fast tests are being rolled out, there is a ‘new phase’ ahead, De Jonge said.

Cabinet insiders have already leaked some of the plans. The curfew is set to continue for a further three weeks, while ‘contact professions’, such as hairdressers will be able to reopen and secondary schools can give more physical lessons.

Also in the cards is the concept of ‘shopping by appointment’, and potentially more options for teenagers to take part in sports.

The AD says in its analysis that ministers wil again have a gloomy message to bring across on Tuesday evening. ‘It is enough to make you depressed, if you were not already,’ the paper said.

And according to broadcaster NOS, the prime minister is likely to emphasis that the social distancing regulations can only be relaxed slightly, if the curfew stays in place.

However, Leiden epidemiologist Frits Rosendaal told the AD that a more positive message would now be appropriate. ‘Rutte is always so optimistic, but not in his press conferences,’ Rosendaal said.

‘And yet, there is real reason for optimism… the vaccination programme is getting up to speed and in Israel, which is leading the way, the death rate is plummeting.’ Spring too, is to our advantage, he said.

Leiden professor Arjen Boin too told the paper that ‘the government has a success story in its hands,’ thanks to the vaccine.

‘It is as if ministers think if they tell us things are going well, we will all go out and have parties,’ he said. ‘That the Dutch can’t think for themselves. The cabinet thinks the only way to communicate is the worst case scenario.’

While risks remain, and the current situation is worse than it was in September, people currently have no idea how long things will continue and what way we are heading, Boin said.

Experts who advise the RIVM’s behavioural unit also point out people are finding it increasingly difficult to stick to the rules.

In particular, the discussion around the curfew has led to ‘discussion and protest’, health psychologist and Leiden University professor Andrea Evers told NOS. ‘At the same time, the vaccination strategy problems are reducing confidence in the government. All this is not helping adherence to the rules.’

Julia van Weert, professor of health communication at the University of Amsterdam, told NPO Radio 1 that government strategy and its method of communication are ‘stuck in the acute phase of the crisis’.

Now we are in a period of transition, and the cabinet must start telling a different story, she said.

A poll last week by I&O Research suggested that 45% of people want to relax the lockdown rules, double that of two weeks ago.

RTL Nieuws correspondent Fons Lambie says the impending election is having an increasingly important role in determining the pandemic strategy.

‘The election has a role in everything that happens in The Hague,’ he said. ‘But the few changes on the cards are down to public pressure, from youngsters and certain economic sectors. Local mayor and political parties are saying the same. And the cabinet has realised it too – people have had enough.’