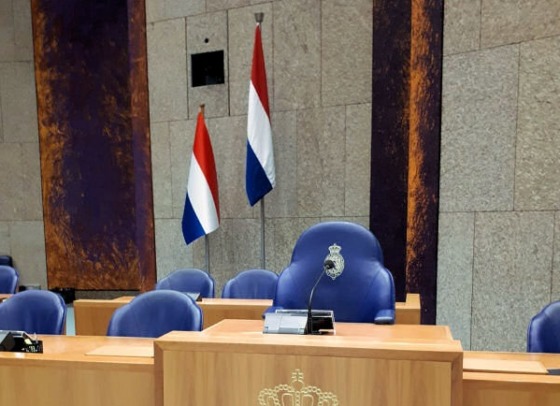 A full-scale parliamentary enquiry is to be held into how thousands of innocent parents could have been accused of child benefit fraud.

Last month, the entire Dutch government resigned as a gesture intended to show responsibility for the scandal, which labelled at least 10,000 people as ‘fraudsters’, causing some to lose their jobs, marriages, health and homes, due to the smallest mistakes in filling out child benefit forms.

Last year, a small-scale parliamentary enquiry found that an ‘unprecedented injustice’ had been done, leading to a pledge to refund these families with at least €30,000 each in compensation. Mark Rutte, acting as caretaker prime minister until a general election in March, also promised an overhaul of the elephantine Dutch benefits system and more openness in government.

But a parliamentary majority now agrees that the government should hold a full-scale inquiry, which would also consider the question of whether institutional racism occurred and whether the tax and benefits office breached privacy rules by sharing details of ‘suspects’ with other government departments.

The tax office has admitted that some 11,000 families were singled out for scrutiny as dual nationals, but the legality of this approach was not part of the scope of the 2020 inquiry.

Renske Leijten, an MP for the Socialist Party, which submitted the motion calling for a full enquiry, told DutchNews.nl that she was very pleased that it has the support of a parliamentary majority. ‘This is very good news because we will be able to investigate the approach to fraud far more fully at the tax office and other government institutions.

‘The question is how this came about, how risk profiling worked and targeted people and how they were treated. We know that illegal use was made of nationality, because the Dutch DPA has said this. But we haven’t been able to see how this played a role in risk profiling. We need to investigate this because so many people are suffering still as a result…and so that we never again let it happen.’

She said that this kind of risk profiling is no longer used, but that the tax office also targeted the poorest people with the highest benefits levels ‘who didn’t even have a chance’ and there needs to be more public scrutiny of these processes. ‘The questions last year looked at who knew what and when, and who could have intervened, but we haven’t really looked under the bonnet.’

Pieter Omtzigt, the CDA MP who doggedly pursued the scandal, together with Leijten, told DutchNews.nl that there were deeper questions about government which must be investigated – something he feels so strongly about that he has been writing a book about it.

‘There is something fundamentally flawed in the relationship between the government and the citizen at the moment,’ he said. ‘It looks like the legal protection of the citizen against decisions of the state is not working very well.’

He said, in addition, that automated systems at government agencies risked losing the human touch and feedback loops to correct errors. ‘There’s also no feedback loop meaning that if legislation isn’t working it comes back to the top of the political system,’ he added.

‘This has taken me three years, almost full time, together with another MP and two journalists, using parliamentary questions, freedom of information requests, every parliamentary instrument. There is a constitutional problem in the relationship between government and parliament.’