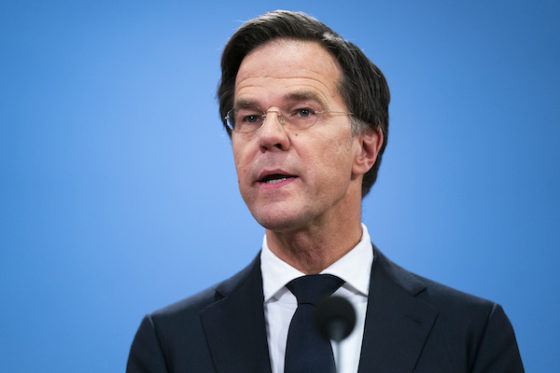 The cabinet has resigned because of the government’s failings to deal properly with the childcare benefit scandal and to make sure nothing like this can ever happen again, prime minister Mark Rutte told a press conference on Friday afternoon.

‘Innocent people have been criminalised, their lives have been destroyed and parliament has been incorrectly and incompletely informed, ‘Rutte said. ‘Mistakes have been made which did wrong to thousands of parents… the financial compensation for parents is the first thing that needs to be sorted out.’

The decision to resign and take political responsibility for the failures of the entire system was unanimous, Rutte said. In addition, he said, the entire supplementary benefit system will be overhauled and the way in which the cabinet communicates also needs fundamental change.

Many of the families were singled out for investigation because they were dual national households. ‘It is terrible if the government has been guilty of racism,’ Rutte said. The government has drawn up a string of recommendations to make sure this is tackled and to make sure such a thing never happens again, the prime minister said.

The cabinet, with the exception of economic affairs minister Eric Wiebes who has resigned with immediate effect, will now continue in a caretaker role until after the March 17 general election.

The caretaker cabinet will have two priorities, dealing with coronavirus and sorting out this ‘awful issue’, Rutte said.

‘We expect to do what is necessary in the national interest and our battle against coronavirus goes on,’ he said. This, he said, includes dealing with the social and economic impact of the epidemic. And despite the fact the cabinet is now acting in a caretaker capacity, Rutte said he expected the full support of parliament to continue to fight the coronavirus crisis.

Renske Leijten, a Socialist Party MP who has been campaigning for justice for broken families for three years, said: ‘It is right that the government should step down. It is terrible that this is necessary and this injustice should have been made right a long time ago.

‘Parliament wants to provide compensation that is quick and just, it hasn’t happened with this government, and now we must make sure it happens. We also believe there should be a parliamentary inquiry.’