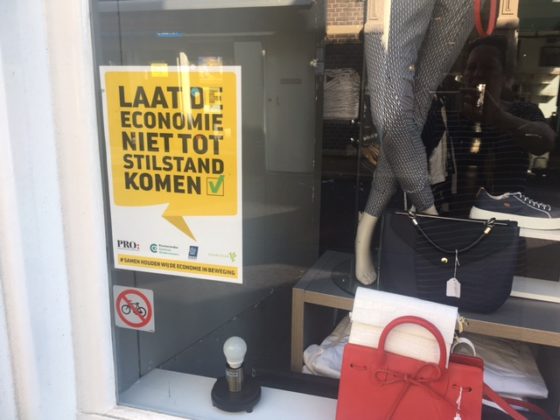 In addition, 57,000 jobs were lost – also one of the highest totals since the war, the CBS said. However, fewer jobs have gone than could have been expected, thanks to government support measures, CBS chief economist Peter Hein van Mulligen told an online press conference.

‘It could have been a lot worse than it was,’ Van Mulligen said.

Dutch consumer spending fell 6.6%, also the biggest decline since WWII, as people had less opportunity to spend their money on eating out and on culture and sport. At the same time, however, spending on furniture and DIY soared, and board game makers also had a record year.

Across Europe, the picture is very different, Van Mulligen said, pointing to the 5% contraction in Germany and 10% shrink in Britain.

One reason for the differences is the different approaches to the lockdown, he said. In Belgium, for example, the construction sector was also closed down at the height of the pandemic, as were all shops. In the Netherlands, however, shops remained open and the building sector was not affected.


Last week, the European Commission said the Dutch economy will grow by just 1.8% this year, the lowest growth rate among the 19 eurozone countries.

However, the commission said, the estimates depend heavily on the vaccination rate in member states and the speed at which coronavirus measures can be reduced.

The commission estimated last year’s contraction in the Dutch economy at 4.1%, compared with 6.8% across the eurozone as a whole, where lockdowns were more severe.