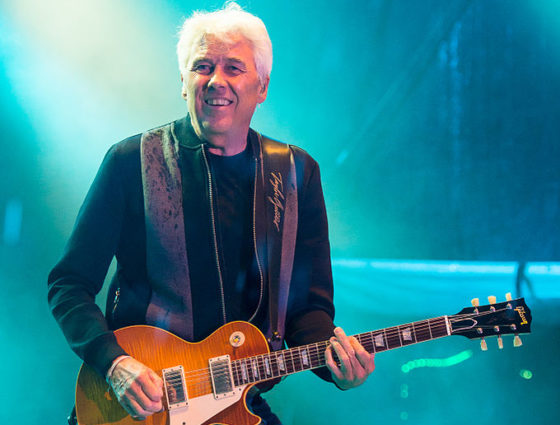 One of the founders of Dutch rock band Golden Earring has been diagnosed with the muscle disease ALS, and that means the end of the band performing, the group’s manager told broadcaster NOS.

Guitarist and singer George Kooymans, 72, formed the band as a young teenager with bass player Rinus Gerritsen and they were joined later by Barry Hays and drummer Cesar Zuiderwijk.

‘Its a horrid message and I am not in the mood to say anything else about it,’ Kooymans told the AD. ‘I’m being treated at the university hospital in Louvain. That’s it.’

The band’s biggest hit, Radar Love, which topped the charts in 1973, is still a radio fixture all over the world.

The Earring, as they are known by the Dutch, celebrated their 50th anniversary with the current line-up in 2019 and were still performing regularly until coronavirus hit.

‘This is a hammer blow,’ Hays told the AD. ‘We always said we would play on until one of us dropped dead. I would never have expected George to be the first. He was always the toughest of the four of us.’