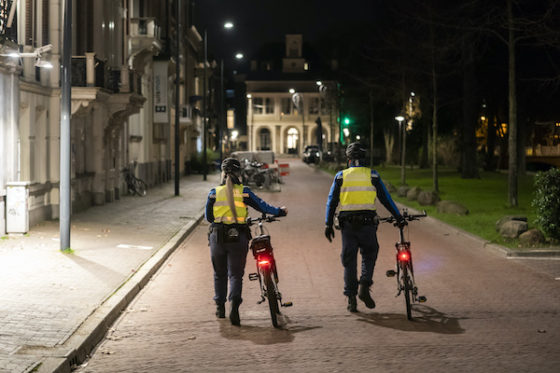 The Netherlands will be under curfew from 9pm to 4.30am from Saturday until at least February 9, after a majority of MPs voted in favour of the plan, following a full day of debate.

Coalition party D66, a known opponent of the cabinet’s original proposal, drew up a motion supporting the 9pm start, which is half an hour later than the cabinet had suggested.

The motion was supported by the other three coalition parties plus the Socialist Party, Labour Party, GroenLinks and 50Plus. The two far right parties PVV and FvD, plus fundamentalist Christian party SGP and the pro-animal PvdD voted against.

MPs spent most of Thursday debating the caretaker cabinet’s decision to introduce the curfew in an effort to keep more virulent strains of coronavirus at bay.

Coronavirus in the Netherlands: what you need to know (January 22)

A further 5,857 new infections were reported to the public health institute RIVM in the 24 hours to Thursday morning, a rise of 260 on Wednesday’s total, and further evidence that the current restrictions are not yet having sufficient impact.

The introduction of a curfew is the best way to reduce the number of infections taking place at home, Rutte said. The only alternative, he said, was to advise everyone to stay indoors, which would be even more far-reaching.

During the debate, a number of MPs raised concerns about the impact of a curfew on people who are already feeling more lonely and depressed because of the current restrictions.

Others said the government had failed to properly enforce the rules already in place and had not been quick enough off the mark with the vaccination programme.

MPs were also angry that ministers had not yet gotten tough on companies which were still forcing their staff to come to the office, even though a considerable proportion (16%) of traced infections are taking place at work.

Justice minister Ferd Grapperhaus told MPs the list of exceptions to the curfew had been deliberately kept as short as possible to ensure as many people as possible comply.

The fine for breaking the curfew without a valid reason will be €95, but people who forge an employers declaration stating they have to be out late will get a higher fine, and a criminal record, he said.

The latest government update in English