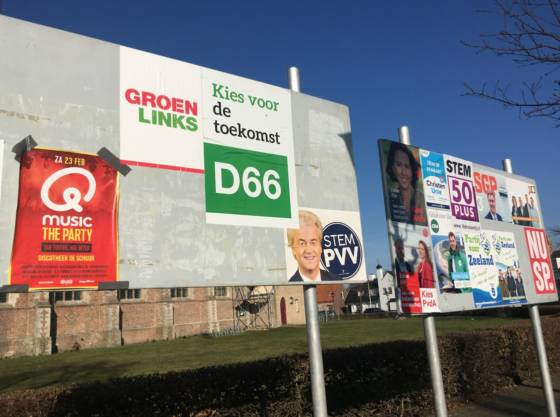 The Dutch cabinet has resigned in the wake of the childcare benefit scandal in which thousands of parents were wrongly treated as fraudsters. But with a general election taking place in just two months time, ministers will stay on in their present roles until then, acting in a caretaker capacity. Here’s an explainer of what it all means.

So what happens in the next few days?
On Tuesday, MPs will debate the government’s official response to the highly critical report on childcare benefit scandal, which covers 25 pages and has been a month in the making. If the cabinet had not resigned, there would have been a motion of no confidence in the government, which may well have passed, despite the narrow coalition majority.

What does having a caretaker cabinet mean?
On the face of it, very little. All the current ministers – with the exception of economic affairs minister Eric Wiebes, who has stepped down immediately – will remain in their present jobs. However, by convention, they will limit their work to dealing with issues deemed to be ‘non controversial’ by both houses of parliament.

Why not hold an election sooner?
Usually this does happen when a coalition collapses or resigns, but given the election is scheduled for March 17, there would be no point in trying to bring this forward. The country will officially switch to campaign mode in mid February, at which point the cabinet becomes caretaker anyway. Cabinet periods in the Netherlands run for four years.

What about the impact on the coronavirus crisis?
Prime minister Mark Rutte made it clear on Friday that he expects parliament will continue to give the government its backing in dealing with coronavirus – and this could include controversial issues such as the introduction of a curfew.

Nevertheless, Marion Koopmans, one of the key faces in the government’s Outbreak Management Team which advises on tackling coronavirus, said on Friday that the timing of the resignation was ‘the worst possible’, given the new variants and the lack of impact of the measures taken so far.

Will Rutte stay on as party leader?
Rutte has made it clear he has no intention of stepping down and will lead the party into the election campaign. It is, he told reporters on Friday, up to the people to decide if he should remain in the role of prime minister, and they will have their say on March 17.

There is nothing to say that ministers who resign cannot come back in a later administration, and the way things stand at the moment, Rutte’s VVD is set to emerge as the biggest party after the vote.

But won’t this damage the coalition’s prospects in the general election?
Matthew Rodger, an analyst at the Economist Intelligence Unit said that despite the disruption in the short term, the government’s resignation could actually improve the ruling parties’ chances in the March vote.

‘By resigning, the coalition has avoided a confrontational and damaging test of its authority in a no-confidence vote. Moreover, popular support is still solidly for the government, with only 8% of the public supporting a vote of no confidence in parliament,’ he said. ‘By avoiding the risk of a bruising parliamentary battle, but retaining office, the government’s resignation frees the ruling parties to campaign for the election.’

How long will it take before we have a new government?
The current ministers will continue to act as caretakers while the process of forming a new government takes place.

Since World War II it has taken an average of 94 days to put a new coalition together, but the current cabinet took 225 days to be formed. Current opinion polls indicate at least four parties will be needed to form a coalition, so there is a good chance it could be a lengthy process.

Listen to the special podcast on what happens next

And what about all the families who were victims of the tax office campaign?
Rutte said on Friday that the financial compensation for parents is the first thing that needs to be sorted out. In addition, he said, the entire supplementary benefit system will be overhauled and the way in which the cabinet communicates also needs fundamental change.

Many of the families who were singled out were also dual national households – having more than one nationality was one of the indicators used by the tax office to identify possible fraud. Here too steps will be taken to make sure this does not happen again, Rutte said.

And the wider implications?
Eva González Pérez, the lawyer from Advocatencollectief Trias, who first took up the issue with MPs, says she believes that the case shows an unacceptable breach of citizens’ rights, with implications for everyone.

‘The lack of transparency in combination with the lack of information is killing democracy and the legal protection of citizens,’ she said.

‘This is about providing information. If you are denied certain rights from an organisation, you must know why. If judges and the parliament were misinformed, various organisations like the Authoriteit Persoonsgegevens and journalists had to extract information which was not made available or were blocked by a governmental organisation, this is more than a ‘lack of the human touch’.