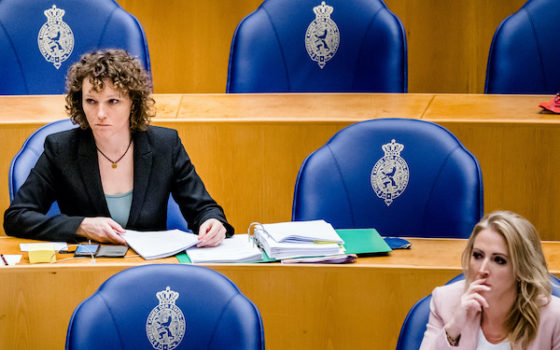 Prime minister Mark Rutte came under heavy fire from across the political spectrum for his role in the childcare benefit scandal during Tuesday’s debate, but told MPs that there is no reason for him to step down as party leader.

MPs were debating the official report into the scandal, which said an ‘unparalleled wrong’ had been done to parents who were accused of defrauding the childcare benefit system.

The report, published in December, said ministers, civil servants, parliament and even judges had a role in the affair, which left parents powerless to fight back when wrongly accused of cheating.

Rutte told MPs during the debate that he had only become directly involved in the summer of 2019, when it became clear how serious the scandal was. ‘And that goes for everyone,’ he said. ‘That is the tragedy of this entire case.’

Rutte acknowledged that the emphasis on combating fraud which his government instigated could have led tax officials to take a tougher line, but said there was no clear link between his government’s policy and the scandal.

Rutte offered his personal apologies to CDA MP Pieter Omtzigt for the lack of information provided to parliament. Omtzigt, together with SP parliamentarian Renske Leijten, brought the scale of the problem to light.

Nevertheless, opposition and coalition party leaders focused their attacks on the prime minister. D66 parliamentary party leader Rob Jetten said Rutte ‘still refuses to admit that his fingerprints are everywhere’. And Denk leader Farid Azarkan said: ‘Rutte and his henchmen should not be able to get away with this crime.’

Rutte denied that much of the scandal was a direct result of racism and discrimination within the tax service, even though some 11,000 dual national families had been singled out. Nevertheless, he did admit that ‘institutional racism will occur in the Netherlands’.

MPs will vote on a string of motions in relation to Tuesday’s debate, including a call for a parliamentary inquiry, next week.