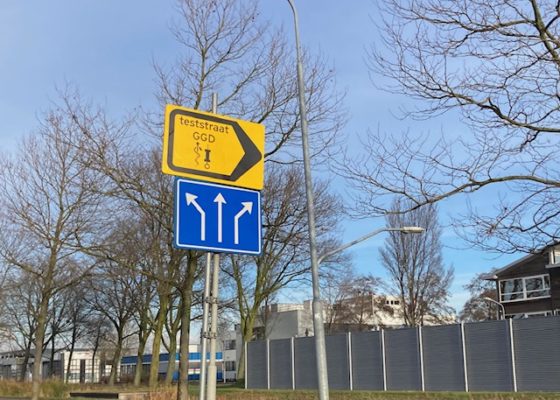 The national lockdown has still not made a serious impact on the levels of coronavirus infection after three weeks, despite a 16.2% drop in the number of positive tests, latest weekly figures show.

The fall in recorded cases was largely the result of fewer tests being carried out, with 56,440 people testing positive in the week to January 5 compared to 67,388 the week before, according to the public health agency RIVM. However, the proportion of positive tests increased from 13.0% to 13.7%.

Prime minister Mark Rutte acknowledged during Tuesday’s debate on the government’s pandemic strategy that the chances of being able to ease the lockdown on January 19 were receding. ‘If you look at the current infection numbers it doesn’t look very hopeful,’ he said.

A more positive indicator was the number of hospital admissions during the week, which was down by 9.5% at 1,713. However, the total number of patients in hospital is still at its highest level since the spring at more than 2,800, a quarter of whom are in intensive care. 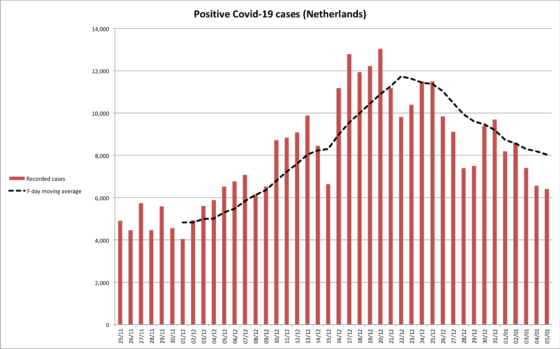 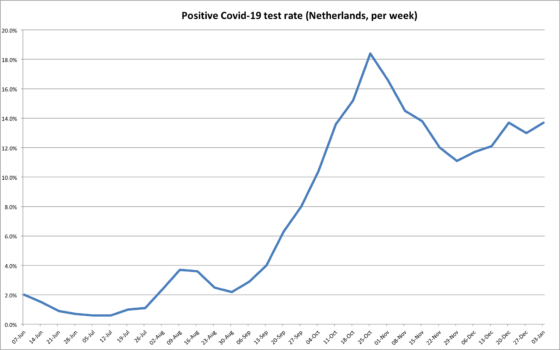 Tuesday’s daily figures showed a continuing downward trend, with 6,412 positive cases in the previous 24 hours, bringing the seven-day average down to just over 8,000.

The reproductive number R dropped to 0.91 on December 18, according to the RIVM’s latest calculations, indicating the virus was in decline at that point. A figure of 0.91 means that on average 100 infected people will pass the virus on to 91 others. 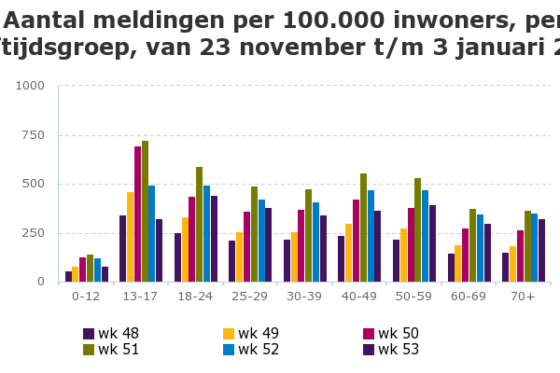 The infection rate in children has fallen dramatically since schools were closed on December 16. In the week of December 20 teenagers had the highest positive test rate of any age group, with 725 infections per 100,000 people. In the most recent figures that proportion has more than halved to 321, the second lowest figure excluding under-13s.

Among the 25 health board regions the highest concentration of infections was in Twente, where 510 in every 100,000 residents tested positive in the last seven days. Rotterdam-Rijnmond, which had the highest levels in September, now has the lowest rate of 214 positive tests per 100,000 people.