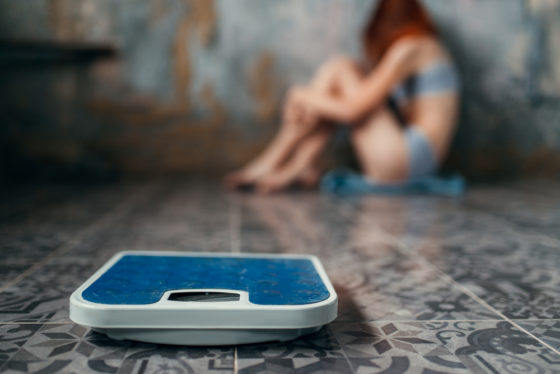 Judges in Zwolle have on Monday been hearing the case of a 15-year-old girl with anorexia in which her mother, father and doctors are fighting over the best treatment.

The hearing, behind closed doors, centres on whether the girl, who has suffered from eating disorders since she was 13, can be given a new form of therapy which she and her mother want, or should be force fed by doctors.

The situation has been further complicated by a dispute over the issue between the parents, who are divorced, and the girl has now been made a temporary ward of court.  The girl’s mother now wants the court to appoint an independent guardian to look after her interests.

The mother’s lawyer Richard Korver told NOS radio that the treatment – Past Reality Integration, is a very successful new form of therapy and can help the underlying problems which anorexia patients have.

‘The girl herself has said she wants this form of treatment because all the old ones have failed,’ Korver said. ‘The compulsory treatment can be extremely traumatic and involves keeping her in a coma for six weeks so she can be force fed.’

Health law professor Jaap Sijmons told the broadcaster that the issue of self-determination is important in this case, but so is how capable the girl is of taking such as decision.

‘Compulsion is absolutely undesirable, and of course you want to prevent it,’ he said. ‘But the crux of the matter is what stage the treatment to date is at.’

Child rights charity Defence for Children and the children’s ombudsman have also been involved in providing advice to the girl and her mother, the NRC reported.

Some 1,300 people are diagnosed with anorexia in the Netherlands every year, mainly girls and young women, and between 5% and 10% of patients die as a result.