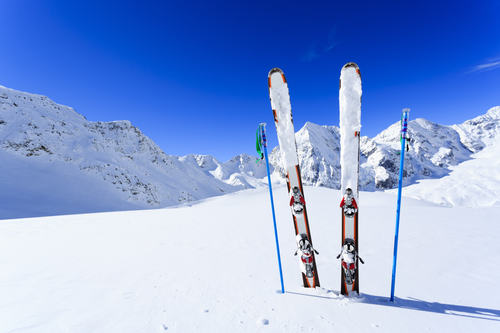 Travel organisations TUI and Corendon have scrapped all package holiday flights for the foreseeable future now popular sun and ski destinations have been given an orange travel advice label, effectively banning all but essential journeys, broadcaster Nos reports.

There are now no ‘safe’ yellow destinations to visit from the Netherlands, a short list which had included the Caribbean island of Bonaire and the Canary Islands. People who have already left can finish their holidays and will be able to get a flight back, TUI said. Travellers whose holidays are cancelled have a right to their money back or can accept vouchers.

Infrastructure minister Cora van Nieuwenhuizen said on Wednesday she was ‘disappointed and angry’ at the sight of long queues at Schiphol airport over the weekend, signifying that many had ignored the urgent government advice not to travel.

Van Nieuwenhuizen is now looking into additional measures, such as requiring travellers to carry a statement as to the urgency of their journey, she told MPs in a briefing. The minister is expected to report back early next year.

Schiphol director Dick Benschop joined the minister on Wednesday in urging people not to fly unless absolutely necessary. ‘We’re in a difficult situation which we have to get through together. (..) ‘There’s been a clear advice not to travel if not necessary and I support that,’ Benschop said.

The Schiphol chief said he was in talks with the minister to discuss transfers of travellers who fly in from other countries to other destinations via the airport.

In a reaction umbrella organisation for travel organisations ANVR said it was not consistent to have airlines like KLM and Transavia continue to carry out flights to orange areas while TUI spokeswoman Petra Kok said that people who have had their holiday cancelled ‘go to the KLM desk to order a ticket and reserve the same hotel online’.

Transava commented that it is providing a service for people who need to travel, ‘for instance because of family issues,’ a spokesman said.

KLM said it is truing to spread flights as much as possible and said the minister’s idea of a urgent travel document is a good one ‘if practicable’.

The official government advice is to not book any foreign travel until mid-March at the earliest and to not travel abroad unless it is essential.

Since Tuesday, many travellers arriving at a Dutch airport or ferry port from an non-EU country have had to show they have a negative coronavirus test result (a standard PCR test not a fast test) no older than 72 hours on arrival, and carry a signed declaration of good health.

The test requirement does not apply to Dutch and EU nationals, people from countries considered safe, border workers, transit passengers, people travelling by bus, car or train and people with a Dutch residency permit.

British nationals will be treated as third-country nationals and therefore subject to the same restrictions as people from outside the EU, EEA and safe countries from January 1, unless they have a valid residency permit.