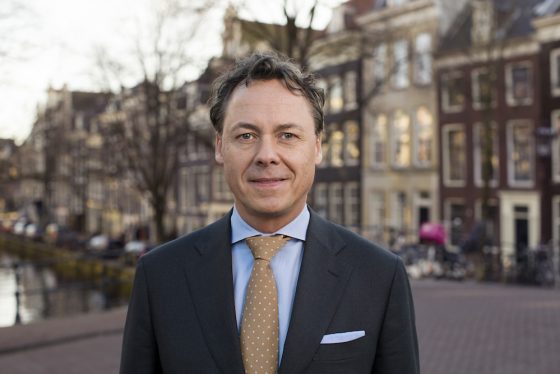 Former ING chief executive Ralph Hamers should face charges personally for his role in the money laundering scandal which led the financial services group to reach a €775m out of court settlement in 2018, appeal court judges in The Hague said on Wednesday.

The case has been brought by campaign group Sobi, which says Hamers should face criminal charges. ‘The facts are serious, no settlement was reached with the management and he has never accepted public responsibility for his actions,’ campaigner Pieter Lakeman said.

‘Managers who consciously make mistakes should not be able to buy themselves free by agreeing to very high fines while shareholders pick up the bill. It is of great importance that Hamers faces prosecution.’

The court said in its ruling that while it supported the public prosecution’s decision to look for a settlement, as CEO, Hammers was authorised and required to take measures to prevent criminal behaviour. ‘However, not only did he fail to do this and thereby promote this behaviour, but he also consciously accepted the risk that it would continue,’ the court said.

ING said in a reaction it regretted the court decision. ‘We … regret the decision to order the prosecution of our former CEO, which goes against the assessment of the public prosecutors that, based on the investigation, there are no grounds for a case against ING employees or former employees,’ ING said in a statement.

Hamers is now chief executive of Swiss bank UBS which, according to Reuters, says it is confident he will be able to remain in the job.

The public prosecution department reached a €775m out of court settlement with ING for failing to properly monitor money transfers for potential money laundering in September 2018.

The department said between 2010 and 2016, the bank’s clients were effectively able to launder hundreds of millions of euros because ING was not doing its job properly. Banks are required by law to report suspicious transactions.