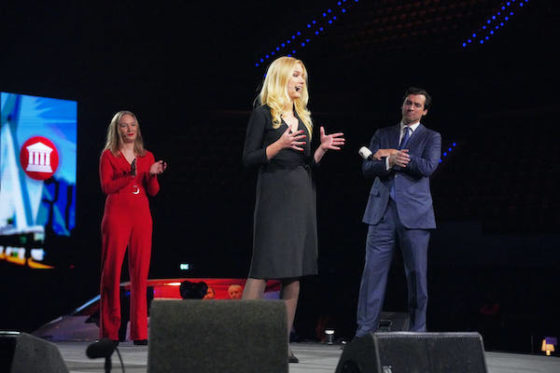 Four more senior members of the far-right Forum voor Democratie have resigned from the party, citing the failure of founder Thierry Baudet to tackle extremists in the youth wing.

The four issued a joint statement saying they are all ‘extremely disappointed in the behaviour of our party leader who does not want to clear out the rot.’

Nanninga and Pouw-Verweij were both instrumental in forcing the split in the party earlier this week following revelations about racism, homophobia and anti-Semitism among JFVD members.

The resignations leave the party’s list of prospective MPs for the March 2021 general election in tatters and it is unclear what will now happen to party leader and founder Thierry Baudet.

According to the NRC, the departure of so many of Baudet’s opponents has opened a door for him to regain control of Forum.

On Thursday Baudet called for the party’s assets to be divided up between the opposing camps, but the board refused to consider it, given that Baudet refused to give back access to the social media accounts and websites.

That has since happened, the NRC said, cleaning the way for a meeting of members  during which they will vote on Baudet’s future as party leader and choose a new board.

The FvD, which was the biggest party in the country at last year’s provincial elections, has seen its fortunes plunge since then, and would now take no more than five or six seats if there were a general election tomorrow.

In the run up to this week’s implosion, there had been mounting criticism of Baudet’s flirtation with conspiracy theorists and his refusal to take allegations of anti-Semitism and racism seriously.