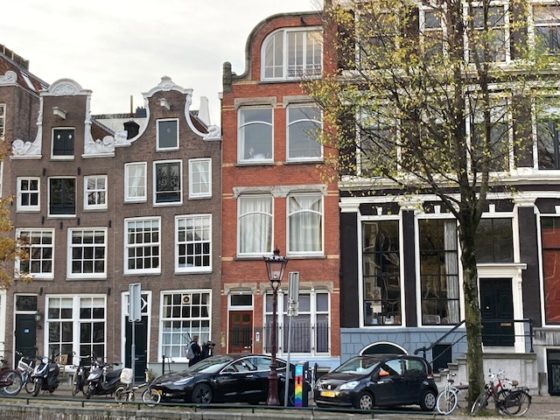 Reporters outside the FvD headquarters in Amsterdam. Photo: DutchNews.nl

Baudet told broadcaster NOS that everyone who supported his line should stay within Forum and the dissidents – now including most of the candidates on the party’s list for the March general election as well as senators and other local officials – should start something new.

One of the biggest dilemmas facing the FvD has always been: do they want to turn the clock back three decades, or three hundred years? https://t.co/IO1XvWsj3j

More dissidents have emerged overnight since the publication of a letter by senator Nicki Pouw-Verweij, who was number three on the general election list. She wrote an account of a dinner on Friday involving seven prospective MPs, in which Baudet expressed his support for conspiracy theories and said nearly everyone he knew was an anti-semite.

According to Pouw-Verweij’s letter, Baudet said that coronavirus had been introduced by George Soros to ‘steal our freedom’ and coronavirus would complete what ‘Hilary Clinton and the paedophiles failed to do’. Both ideas stem from Qanon conspiracy theories in the US.

Baudet told television show WNL on Thursday that he ‘did not recognise himself at all’ in Pouw-Verweij’s accusations.

But Joost Eerdmans and Eva Vlaardingerbroek, numbers four and five on the list respectively, have both supported Pouw-Verweij’s interpretation of the dinner.

The row burst into the open on Saturday when the Parool newspaper published screenshots of racist and anti-Semitic messages that circulated in app groups run by the party’s youth wing, JFVD.

The party expelled three members who were responsible for sending some of the messages in May, but last week it emerged that five whistleblowers who raised the issue had also been thrown out.

Baudet came under fire for protecting the head of the youth wing, Freek Jansen, and refusing to remove him from the slate of candidates for next year’s election. Dutch media reported sources saying Baudet had threatened to resign if Jansen was forced out.