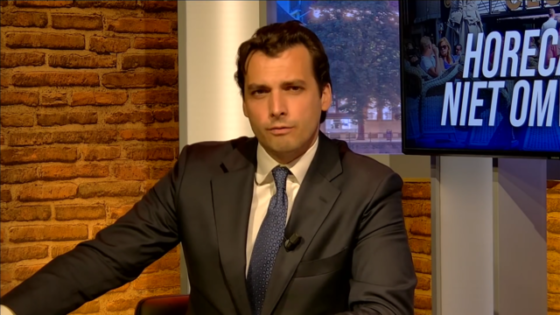 Thierry Baudet, who founded far-right party Forum voor Democratie in late 2016, has resigned as party chairman, less than 24 hours after he stood down as leader of the 2021 general election campaign.

Baudet quit as campaign leader following a major split in the party over the approach to tackling homophobic and anti-semitic sentiment within the youth wing. Baudet wanted to wait for the results of an internal inquiry and described the public criticism of his position as ‘trial by media’.

Deputy chairman Lennart van der Linden will take over as acting chairman while the board work on ‘a good and careful transition’, the party said in a written statement.

Baudet will remain an MP, one of two the party currently has, and has said he is available for the symbolic role as last on the list of the party’s prospective MPs for the 2021 election.

Joost Eerdmans, former Rotterdam city executive and an MP for the populist Lijst Pim Fortuyn, is being tipped as the party’s new public face. Eerdmans is currently in fourth place on the FvD’s list of potential MPs.

In addition, the party’s board has confirmed that Freek Jansen, head of the youth wing, will be removed from the list of potential MPs. Jansen is considered to be Baudet’s right-hand man and works for the MP as an advisor.

He helped write Baudet’s controversial ‘Minerva’s owl’ speech after last year’s provincial elections and is said to have organised Baudet’s meeting with American alt right figurehead Jared Taylor, among others.

In 2019, FvD emerged as the biggest party in the country after the provincial elections but since then its fortunes have collapsed, amid allegations of anti-semitism, racism and internal disputes. According to the latest polls, the party will win no more than five or six seats in the March general election.

Theo Hiddema, a former lawyer who won the other Forum seat in parliament at the 2017 general election, said on Tuesday afternoon he is standing down as an MP with immediate effect.

Hiddema said in a letter to parliament that he was declaring himself ‘incapable of working politically due to person circumstances related to good taste, self-importance and job satisfaction.’