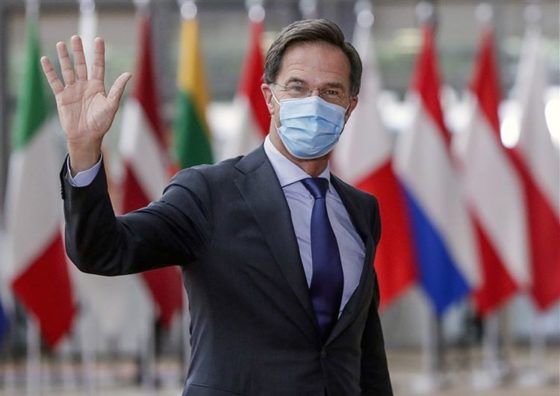 Erdogan accused France of launching a witch-hunt against Muslims with Macron’s speech setting out a plan to end ‘Islamist separatism’ by curbing the influence of foreign countries in schools and minority communities.

France recalled its ambassador to Ankara following Erdogan’s comments in a TV address. The row comes in the wake of the murder of secondary school teacher Samuel Paty in a Parisian suburb, shortly after he had shown a cartoon of the Prophet Muhammad during a lesson.

In statements tweeted in Dutch, English and French, Rutte said Erdogan’s comments were ‘unacceptable’ and expressed support for French and European values ‘against extremism and radicalism’.

President Erdogan’s words addressing President @EmmanuelMacron are unacceptable. The Netherlands stands firmly with France and for the collective values of the European Union. For the freedom of speech and against extremism and radicalism.

Other senior European politicians, including EU foreign affairs minister Josep Borrell, joined in the condemnation. ‘I call on Turkey to stop this dangerous spiral of confrontation,’ said Borrell.

It is not the first time the prime minister has clashed with Turkey’s long-serving head of state. In March 2017 the Turkish foreign minister’s plane was barred from landing in Amsterdam in order to prevent him addressing a rally in Rotterdam. The gathering was in support of a referendum on whether to grant the president sweeping new powers.

Erdogan described the Netherlands as ‘fascist’ and ‘remnants of Nazism’, while Rutte replied: ‘We will not let ourselves be blackmailed by the Turks’.

Rutte’s party, the right-wing liberal VVD, increased its lead in the opinion polls in the days after the row blew up and went on to win 33 seats in the election on March 15.