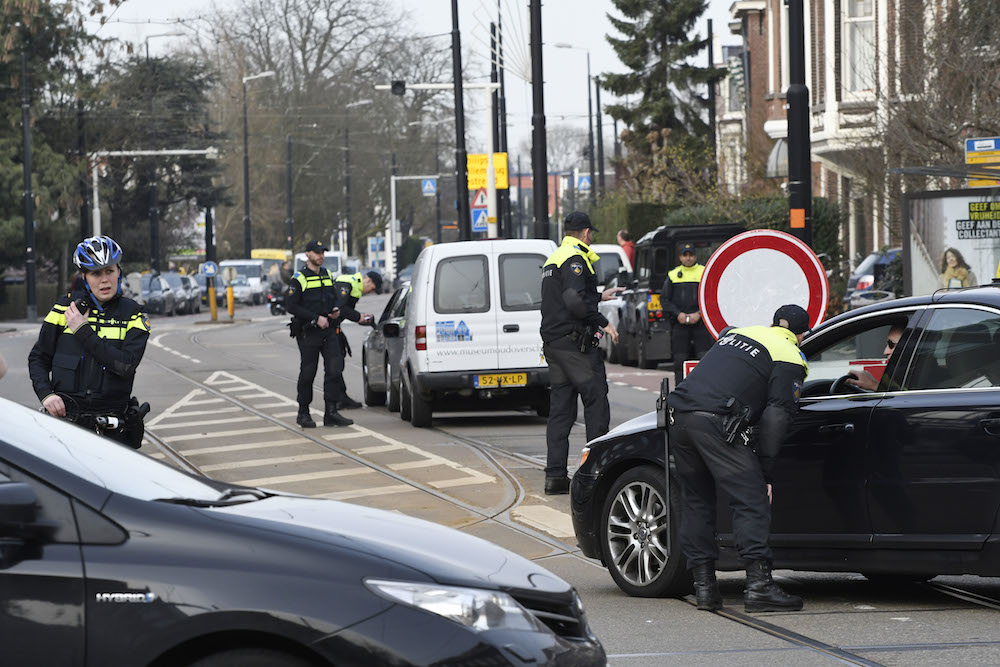 The Turkish consulate in Rotterdam was sealed off. Photo: Peter Hilz / HH

The diplomatic row between the Netherlands and Turkey escalated on Saturday after the Netherlands said a plane carrying Turkey’s foreign minister to a campaign rally in Rotterdam would not be allowed to land.

Foreign affairs minister Mevlüt Cavusoglu was planning to speak in support of a referendum giving sweeping new powers to the Turkish president.

The decision to stop the plane carrying Cavusoglu from landing was taken on public order grounds. The call by the Turkish authorities for a mass demonstration is a threat to public order and safety, the Dutch foreign affairs ministry said in a statement.

That decision led Turkish president Recep Tayyip Erdogan to describe the Netherlands as ‘fascist’ and ‘the remnants of Nazism’ during a meeting in Istanbul on Saturday afternoon. The Netherlands would face consequences, he said.

It then transpired a second Turkish official, minister for the family affairs Fatma Betül Sayan Kaya was heading to the Netherlands by car from Germany.

RTL commentator Frit Wester said the decision to stop the minister’s plane landing was ‘a clear signal’. ‘I have never before witnessed a minister from a Nato ally being banned,’ he said, before adding that all the main political party leaders agree with the Dutch position.

The area close to the Turkish consulate in Rotterdam was sealed off in an effort to prevent supporters of the Ankara regime holding a demonstration. Three locations within the city were allocated as potential demonstration sites.