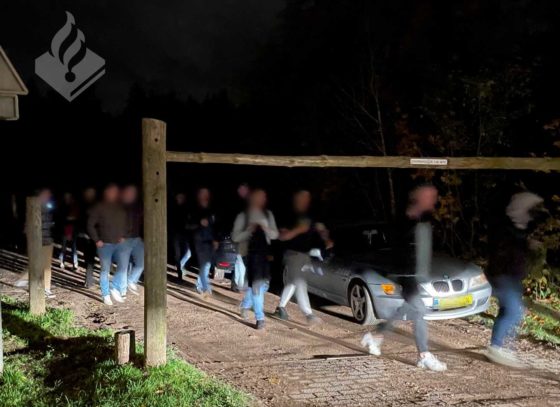 Police broke up several illegal parties on Saturday night, the biggest of which was held on a building site near Hilversum where some 300 people attended.

Organised events at which the guests are not seated have been banned under the partial lockdown imposed earlier this month.

At least a dozen police cars were sent to the location, close to a railway line, to break up the rave at around 2am. Two people – the DJ and a woman who kicked a police officer – were arrested.

Most of the guests came from Amsterdam, and many had arrived by taxi, but one reveler told the Telegraaf that he had also seen cars with German number plates.

Police described the partygoers as irresponsible, and said they had left behind a mountain of waste – including hundreds of balloons which had been used to take laughing gas.

In Hengelo, nine people were fined for taking part in a party at a mobile sauna which had been parked in a car park. In Amsterdam, some 20 fines were handed out to people attending a party at a home near Overamstel. Police were alerted to the party by neighbours who had complained about the noise.

Meanwhile, the ban on the sale of alcohol after 8pm has been extended to hotels, including via room service.

The decision follows reports that people had been booking hotel rooms expressly to drink alcohol, and what officials said was ‘confusion’ about how the ban should operate.