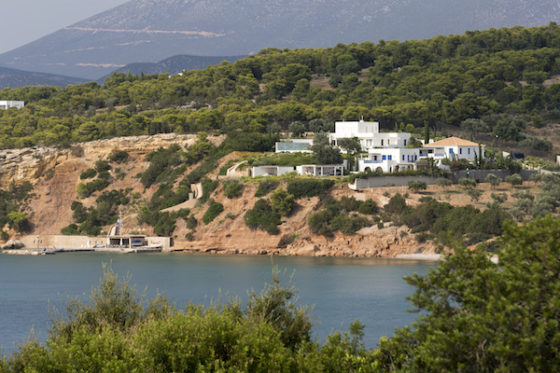 King Willem-Alexander, queen Maxima and their three daughters are returning from their Greek autumn holiday after a matter of hours following a torrent of criticism in parliament and on social media.

‘We will end our holiday. We have seen the reactions and messages in the media,’ the couple said in a statement. ‘We don’t want there to be any doubt: it is crucial to follow the guidelines in order to get Covid-19 under control and discussion about our holiday is not contributing to that.’

The royals have a villa near the resort of Doroufi in the Peloponnese in southern Greece which they bought in 2012 and had left for a short break in the government jet on Friday afternoon.

The area is code yellow, which means there are no restrictions on travel. However MPs are furious the royals left for a half-term break, given that prime minister Mark Rutte said on Tuesday people should travel as little as possible, including during the holidays.

The state information service issued a statement on Friday afternoon saying that Rutte was aware of the trip and that he has ministerial responsibility for the family.

But health minister and deputy prime minister Hugo de Jonge had not been briefed, and was surprised by questions when asked about the trip by the press on Friday afternoon.

MPs have been highly critical of the prime minister and the king. ‘The is was not a good example to the rest of the Dutch,’ said Labour MP Attje Keuken, who questioned why Rutte had allowed the trip to go ahead.

NOS royalty reporter Kysia Hekster said the king’s decision to abroad on holiday is an ‘enormous dent’ in his image as someone who unites the people. ‘He made a wrong judgement,’ she said.

Earlier in the epidemic the king and queen were at the centre of another coronavirus related row when they were pictured at a Greek restaurant, standing too close to the owner.