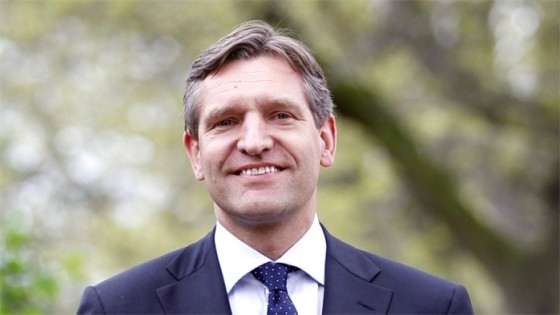 A new committee has been charged with assessing all arts and crafts held in the Netherlands and evaluating what is of vital importance – including objects acquired during colonialism and World War II.

The Commissie Collectie Nederland, chaired by former CDA chief Sybrand Buma, is expected to first itemise everything of cultural value in public and private collections before drawing up a ‘dynamic’ list of what should be protected for future generations. It is expected to report before early next year, when the 2016 cultural heritage law is due to be officially evaluated.

A press statement on the Buma cultural evaluation body said its vision of what was important to the Netherlands would change with the times. ‘Heritage tells the story of who we are: it ties together generations and gives perspective on the Dutch cultural heritage,’ it said. ‘It helps us understand the present day and how we will go on to develop, and this is why it is important that the Dutch Collection gives as full a possible a picture that can be adjusted as time goes on.’

However, Dutch museums have recently been in the spotlight for some of the items they continue to hold. There have been criticisms of a refusal by some public institutions to give back art looted or judged a ‘forced sale’ from Jewish people during WWII, because a separate national restitutions committee also weighs up the interests of the museums where they are today. Next month, a family will take Amsterdam’s Stedelijk Museum to court in a battle over a Kandinsky painting which their ancestors owned and sold during the Nazi occupation in 1940, but which the museum is refusing to give back.

Meanwhile, last week a French-speaking man claiming to be an activist stole a Congolese work of art from the Afrika Museum in Berg en Dal. He alleged that it was one of 450,000 works in the collection taken during the colonial era and said in a live streamed video that he was ‘taking it home’.

A spokesman for the Council for Culture said that there are currently two additional investigations into colonial and potentially looted art, expected to report before the end of this year.

‘There are two other temporary committees, one about the goods we brought into the Netherlands during our colonial history with the question of whether it’s right that they are still in the Netherlands, and another about stolen art from the Second World War, evaluating a policy which says that stolen art should be returned to the person or their descendants,’ he said. ‘The findings of these committees will be taken into account for the Buma commission, which is permanent.’