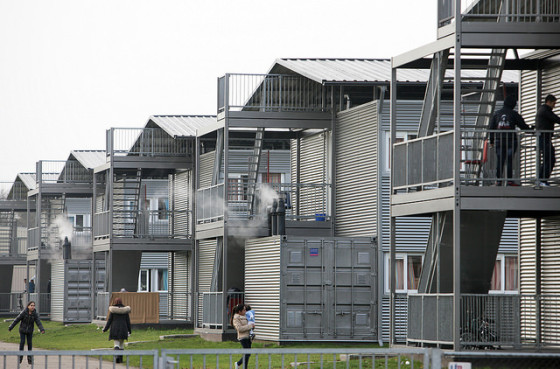 Plans to discourage asylum seekers from safe countries from coming to the Netherlands will only force them into the illegal circuit and could hurt people who really need asylum, critics have said.

The new measures are aimed at asylum seekers from countries such as Morocco and Algeria, who stand little chance of getting a residence permit, and who are putting too much pressure on the system.

Junior justice minister Ankie Broekers-Knol said on Monday she plans to set up two centres for no-hope asylum seekers, in Westerwolde and Cranendonck, which will offer pared down services.

Asylum seekers from countries deemed safe will be provided with meals and toiletries, and their asylum applications will be processed within a month. They will also have to report to asylum centre coordinating body COA every day and will be searched on entering and leaving the centres.

Families with young children, LGBTI people and unaccompanied minors will not fall under the new rules.

The plans have drawn both praise and criticism. ‘For the first time we’re tackling the problems on this side of the asylum procedure. People from safe countries come here for the allowance and a roof over their heads but these are meant for people who really need them,’ Westerwolde mayor Jaap Velema told broadcaster NOS.

The criminal activity which some of the asylum seekers are involved in, ranging from intimidation to theft to more serious crimes, is causing public support for genuine asylum seekers to go down, he said.

‘Troublemakers will come anyway,’ he said. ‘They will stay at the centre for a bit and then disappear into the illegal circuit, then move on to France or Belgium. I understand the government’s wish to tackle people who cause trouble but the measures should be aimed at keeping order. And just because the Netherlands says a country is safe doesn’t mean a person’s personal situation can’t give them the right to asylum.’

Refugee organisation Vluchtelingen werk said the proposal ‘illustrates the impotence of the junior minister to tackle the real problem – the inordinate amount of time people have to wait to get their asylum application processed.’

She should also be aiming her efforts at establishing a proper European agreement with the countries of origin about returning people from safe countries, the organisation said.