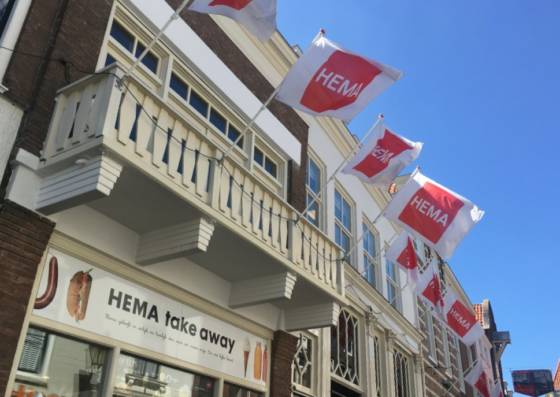 The group, known as Het Enige Nederlandse Alternatief (The only Dutch alternative) or Hena wants to join forces with one of the remaining two potential buyers, the Financieele Dagblad reports.

An attempt over the summer to buy the company outright reportedly fell through because of a lack of funds. Hena is now attempting to acquire a minority shareholding financed by fans of Hema and private investors, the FD said.

Hema, which has been lumbered with huge debts for years, was owned previously by Dutch business man Marcel Boekhoorn until the coronavirus crisis made the situation untenable.

An agreement was made to lighten the debt load with a group of shareholders which effectively made them sole owners of the ailing retailer.  It is now on the market again, with Alteri, a British investor, and the Dutch Parcom, in which Boekhoorn and Jumbo group owners Van Eerd are represented, as main contenders.

One of the leading members of Hena, Labour (PvdA) senator Mei Li Vos, said the move was aimed at ‘preventing Hema falling into the hands of another loveless investor who only wants to get more money out of it. The interests of the workers and the customers need to come first again,’ added Vos, who is taking part in the initiative in a personal capacity.

‘Hema must look to the Dutch market first and foremost and not jump into adventures in far-flung places such as Dubai or Mexico,’ Hena chair Anna Grebenchtchikova told the FD. ‘You have to put your own house in order first before you start spending elsewhere. Online sales should also increase.’

Grebenchtchikova said the initiative had already had investors pledging some €9m but even half would be a good result. The money will be raised via the alternative stockmarket Nxchange. Hena will give out a thousand negotiable certificates for each Hema share it can buy. Should the plan be unsuccessful the money will be returned minus 1% in costs.

Neither of the two potential buyers could be reached for comment on the citizen’s initiative. Whether Ateri and Parcom will be successful themselves will depend on the shareholders, the FD said, because they are keen to sell but a bid will have to cover most of the €300m they spent on taking over art of the debt. If not, they will retain ownership of the Hema for another year.