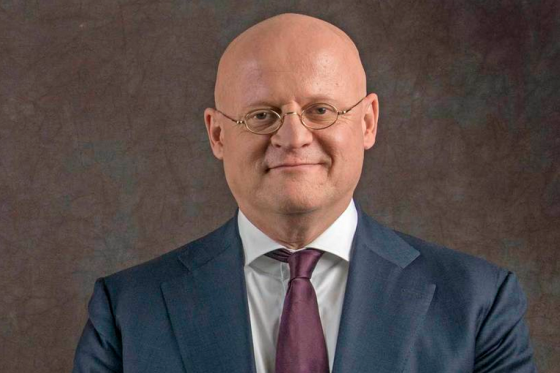 More photos of the wedding of justice minister Ferd Grapperhaus have turned up, which show the minister and his guests flouting coronavirus rules and which, commentators say, could potentially threaten his position.

The photos, shot by paparazzo photographer Ferry de Kok, and shown on Tuesday night by celebrity programme SBS Shownieuws, show Grapperhaus with his arm around his mother-in-law and an instance where he appears to be shaking hands with a guest.

Last week Grapperhaus apologised for photos taken on the steps of Bloemenhaal town hall in which he and his guests were seen not to keep to the 1.5 metre social distancing rule.

Prime minister Mark Rutte said at the time that mistakes had been made but that Grapperhaus’ position was not up for discussion, and at Tuesday night’s press conference he emphasised the minister’s hard work.

A justice ministry spokesman has said Grapperhaus ‘has nothing to add’ to the apology he has already issued. However, the new photos will come up when MPs question Grapperhaus about the events at the wedding on Wednesday.

Street warden union NBB has already said its members are handing out fewer fines for breaking the 1.5 metres rule since the wedding photographs circulated.

‘People are less understanding about the fines,’ NBB chairman Richard Gerrits said. ‘And street wardens are noticing it. It is tricky to explain to people why they can get a fine but the minister responsible [for law and order] does not keep the rules himself.’

‘Until now the coalition parties and the left-wing opposition parties were not out for his head. He has quite a lot of credit among MPs. (..) But this will make it difficult to keep him in the job,’ Boom said.

Photographer Ferry de Kok told Radio 538 on Wednesday that more photographs of the wedding are in the pipeline.

‘I have hundreds. Some show stuff that hasn’t come out yet but most of it is of the same order,’ he said. ‘I’m not offering them up for publication at the same time. If I did I would only get one lot of money.’