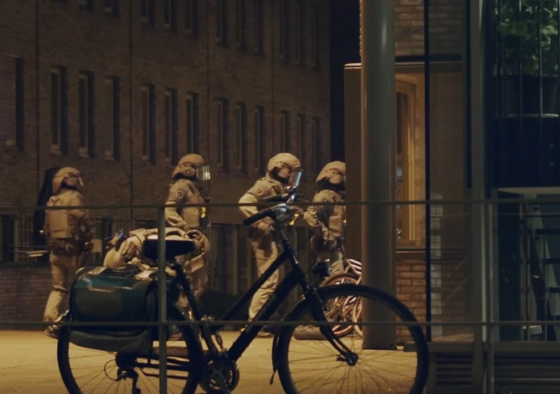 Ten people have been arrested in the Netherlands, seven others in Spain and Belgium, in connection with a major investigation into drugs, Dutch police said on Wednesday.

The arrests were made following raids on dozens of properties in the Netherlands, Spain, Belgium, Hungary and Slovakia involving almost 1,000 police officers. They seized cars, guns and cash money as well as quantities of drugs, police said in a statement.

Most of those arrested are suspected of involvement in money laundering and trading illegal drugs, but several also face charges relating to firearms. The Netherlands will request the extradition of the suspects picked up in Spain and Belgium, the police statement said.

According to the Telegraaf, one of the people arrested in the Netherlands is Piet S, known as the Dikke or fat one, a prominent figure in The Hague’s crime circuit.

The investigation was launched on the basis of information gleaned from Encrochat, an encrypted messaging service used by criminals which was recently hacked into by Dutch police.

So far, Encrochat investigations have led to the arrest of more than 100 suspects in the Netherlands and the seizure of eight tonnes of cocaine and 1.2 tonnes of crystal meth.