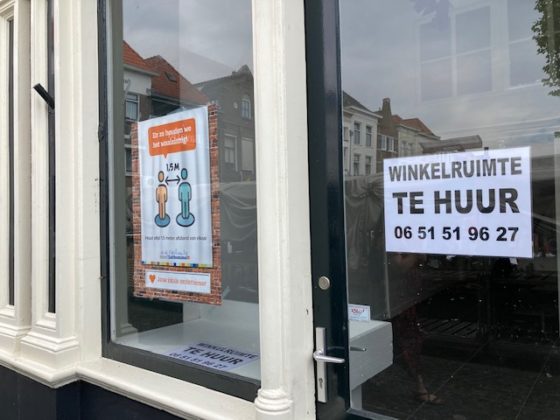 The government’s macro-economic think-tank CPB says the Dutch economy will shrink by 5% in 2020, assuming there are no more large-scale new physical contact restrictions needed to combat coronavirus.

This shrinkage will be followed by growth of 3% in 2021, the CPB said in its summer forecasts, which form the basis of the government’s spending plans for next year.

The projections are based on policy up to the end of July and so assume the government’s financial support policies will not continued in October.

However, some new form of support is very likely. Prime minister Mark Rutte said last week that the cabinet is thinking ‘very carefully’ about what a third package of measures should include and finance minister Wopke Hoekstra said that a third package would look ‘different’ to previous ones.

Should large-scale physical contact restrictions be implemented again, the economy will also shrink in 2021, and unemployment will increase to 10%, the CPB said.

Last week, the national statistics agency CBS said the Dutch economy shrank by an ‘unprecedented’ 8.5% in the second quarter of this year, compared with the previous quarter. Around half the record decline is due to the 10.4% drop in consumer spending, the CBS said.

Ministers are currently finalising their spending plans for 2021, which is also an election year. The budget will be presented to parliament on the third Tuesday in September.

Last week the CPB suggested that a new round of government support for salaries should be conditional on wage cuts. Some 693,000 people are currently being partly paid by government subsidies, well down on the 2.6 million at the height of the crisis.

By cutting wages some 30% – roughly equivalent to official unemployment pay – people would be stimulated to retrain and find new jobs, the CPB said.